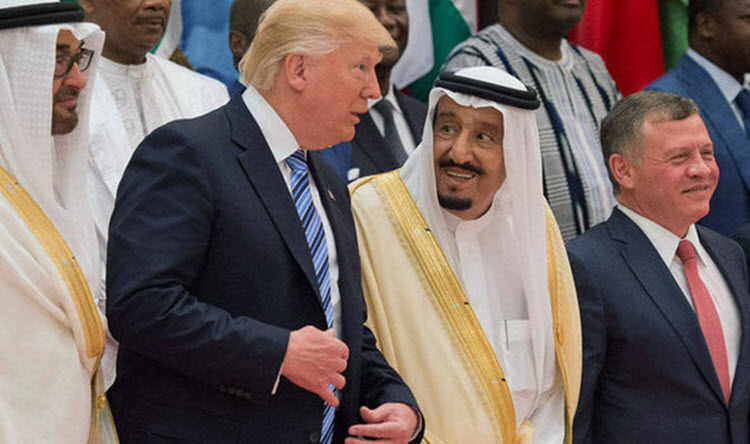 London, 4 Jun – US President Donald Trump has made it very clear, even since before he took office, that Iran needs to be dealt with firmly, and immediately. He called Iran the “number one terrorist state”. He has also made it very clear that the 2015 Iran nuclear deal was very badly negotiated, describing it as the “worst” deal.

In fact, Trump had said during the election campaign that he would scrap the nuclear deal if he became President. However, he has not scrapped the deal but he has certainly kept the pressure on Iran.

On his visit to Saudi Arabia last month, he called for unity against Tehran and spoke to the Arab leaders that gathered there about Iran’s malign activities in the region. He said that Iran has, for decades, been fuelling wars and sectarian conflicts in the Middle East.

He said to them that unless Iran becomes a “partner for peace”, it is the responsibility of the international community to isolate it and “deny it funding for terrorism”.

Trump also spoke about the people of Iran who have endured human rights abuses for many years under the regime, saying that they are entitled to a “righteous government”.

Action on the US side involves a team that Trump has assembled specifically to curb Iran’s influence.

Compared to the Obama administration, the Trump administration has a large number of former and active military officials on his National Security Council. Many believe this is necessary in order for the conflicts the US has become involved in to be resolved. Others, however, view this as a potential for prejudice. In other words, those with military experience may find it hard seeing an alternative. They may not fully understand the alternative to military action and could inadvertently cause more conflict than there was to begin with.

Trump’s national-security adviser, Army Lt. Gen. H.R. McMaster, is adamant that Iran was responsible for the attacks on US troops and his senior director for the Middle East is known as an Iran hawk.

The 2003 invasion of Iraq was commanded by current Secretary of Defense James Mattis. He wanted to retaliate against attacks on US personnel that were carried out at the hands of Iran in Iraq, going as far as to devise plans to strike Iran’s forces. He was ultimately blocked by Obama’s administration, but he persisted on having an aggressive stance towards Iran.

Mattis made it known that he was not a fan of the Iran nuclear deal, and called Iran the most dangerous country in the region. He said last year that the future “is going to be ghastly” if the Iranian threat is not curbed.

Mattis has, however, mentioned on numerous occasions that strong diplomacy is needed when dealing with a strategy for Iran, and emphasised that military force should only be used as part of a strong political strategy.