Iranian Regime Weaker and More Desperate Than Ever 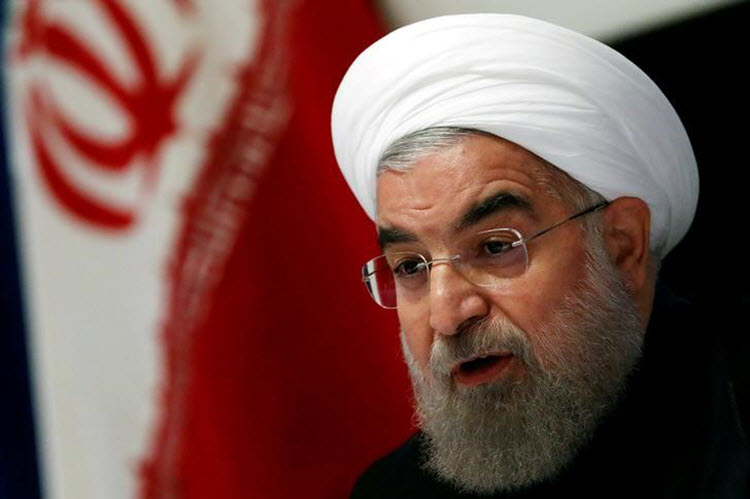 London, 4 Jun – The Iranian presidential elections have ended and President Hassan Rouhani is starting his second term. It is difficilut to see what way Iran is heading with regards to its domestic and foreign policy.

Some are wondering whether Iran is going to finally start engaging in the international community seeing as Rouhani has been re-elected. At the end of last month, the country’s Supreme Leader, Ali Khamenei, said: “There are those who are concerned a state and its people should have global relations, and I completely agree.”

Many believe that there is a chance for Iran with the “moderate” President taking the reins. However, it is naïve to believe this. Surely lessons should be taken from his first term as president. And from the past almost forty years when Iran has deceived the whole world.

Those who truly understand the regime and are not fooled by positive rhetoric about moderation can see that the Iranian regime is weak, fearful and desperate.

Last month, US President Donald Trump visited Saudi Arabia, moving on to other countries across the Middle East and Europe. His rhetoric against Iran was strong and he called it out on its spread of terrorism, its evil acts, the role it has played in destabilising the Middle East, its violations of human rights at home and abroad and its nefarious involvement in conflicts across the region, in particular Syria, Yemen and Iraq. He also highlighted the plight of the people of Iran who have been suffering at the hand of the regime for many years. He vowed that the US will cooperate with other nations to put an end to all of this.

Supreme Leader Khamenei has gone quiet. With a new US President, Khamenei is very aware that times have changed for Iran and the balance of power is starting to shift. His silence is very telling and he is fearful of the new foreign policies that President Trump has been preparing.

The Supreme Leader’s fear is justified. A number of bills have been rendered in Congress, and the US Treasury Department has been taking care of the latest round of sanctions.

Much has been said about these sanctions but significantly they target more than just the ballistic missile program Iran is working on. It affects the country’s prison system and has blacklisted Sohram Suleimani (the brother of Qassem Suleimani – the Islamic Revolutionary Guards (IRGC) Quds Force chief).

The IRGC is significantly being targeted, as are the companies it has links to. Iran will be faced with numerous non-nuclear sanctions.

One area that will be addressed is the dossier of the 1988 massacre in which more than 30,000 political prisoners were executed during a period of a few months. The chairman of the House Homeland Security Committee – Mike McCaul – introduced the initiative and is supported by many officials.

The resolution condemned the government of Iran for the massacre and makes a call for justice for the victims.

Faced with a series of setbacks, the Iranian regime is less unified than ever. However, the Supreme Leader was clear when he said last month that “a change of behavior is no different from regime change.”

The international community needs to seize the chance and bring long-awaited change to Iran for the people who have suffered under the regime for far too long.