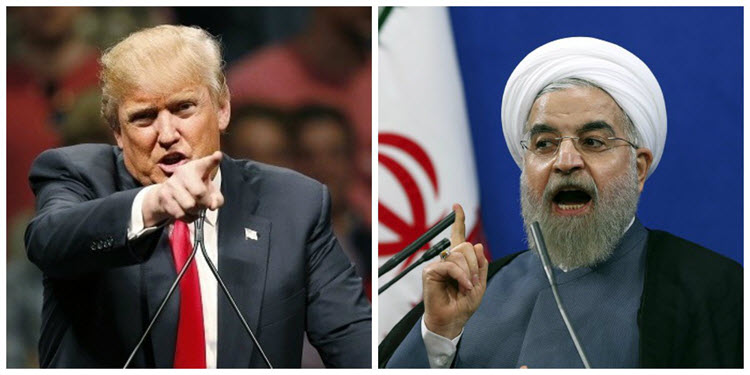 London, 4 Jun – Following his recent trip to the Middle East, US President Donald Trump made it very clear that he is not accepting Iran’s malign behaviour. He vowed to work with allies and other nations to curb Iran’s activities that are destabilising the region.

Iran has made it very clear that it is not going to change its behaviour. However, the Trump administration plans to apply so much pressure that it has no choice. It will confront groups that it backs in Syria and Yemen, and it will assertively apply many more sanctions.

However, Iran will be very reluctant to back down because its regional clients in certain areas of the Middle East (namely Yemen, Syria and Iraq) are essential to Iran’s strategy of driving the US military forces away from the Persian Gulf. They are also key in Iran’s objective of regional dominance. Faced with threats, Iran is likely to continue using foreign militias to get leverage from the international community, in particular, the United States.

Iran’s Islamic Revolutionary Guards Corps (IRGC) views its foreign forces as its most dangerous weapon, and they are increasing in effectiveness. One of its key assists is the Lebanese Hezbollah, and it was fundamental in strategic development even before Saddam Hussein had been toppled. However, since then, Iran has developed and built up its Quds Force, a special forces division of the IRGC.

So, it is clear to see that Iran’s political and military influence has progressed rapidly across the Middle East.

Now that President Hassan Rouhani has been re-elected for his second term, is it unhelpful when the West reports that the situation with Iran is going to change. His government continues to deny every covert operation it is involved with.

Furthermore, as the President of the Islamic Republic, Rouhani actually has very little power. He is at the mercy of the Supreme Leader, and he will certainly be unable to change his mind about the interests of the country. The IRGC is ruining Iran’s economy and is having a negative impact on almost all the issues. However, the Supreme Leader can only see that the IRGC is helping him pursue his anti-American policies.

This is where the problem lies. The Iranian people are suffering at the hands of the regime and nothing will change for them until the regime has been overthrown.

AFP: Iran has expelled "several" Kuwaiti diplomats in a...