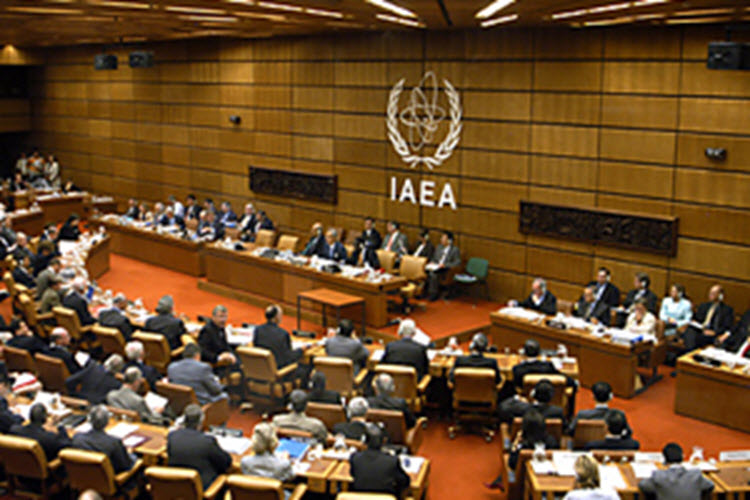 London, 5 Jun – The agency responsible for assessing the Iranian Regime’s compliance with the 2015 nuclear accord has warned that another breach may be soon approaching.

The International Atomic Energy Agency (IAEA) released its quarterly report, in which it stated that Iran is incredibly close to its stockpile limit of heavy water, a chemical which is used to make nuclear weapons. Their levels of heavy water currently sit at 128.2 tonnes, just below the 130 tonne limit.

According to the Regime, they are currently not producing any heavy water because their production plant is closed for maintenance. This was verified by the IAEA on May 16.

A senior diplomat was not concerned because obtaining enough highly enriched uranium or plutonium to make a nuclear bomb is the biggest problem for the Regime.

However, heavy water is used as a moderator in a nuclear reactor to produce plutonium and despite the fact that Iran had to stop building work on such a reactor under the 2015 deal, that doesn’t mean that they did.

Recent reports from the Iranian Resistance Forces show that the Iranian Regime has restarted its nuclear operations at a secret site that has not been accessed by the IAEA and is working on building nuclear weapons in secret.

This information was shared with the US Government in April, shortly after the Iranian Regime was given the stamp of approval by Secretary of State Rex Tillerson and yet, no one appears to be acting on this information.

The Iranian Resistance were the people who provided information about the Iranian Regime’s nuclear programme in 2002 and their terror training camps in February. Donald Trump needs to address this by getting the IAEA to inspect this site and clear it or by sticking to the nuclear deal and re-enforcing sanctions on the Regime for its non-compliance.

After all, Trump was a major critic of the deal and now he has the opportunity to do something about it, especially as his administration recognises that Iran is the number one state sponsor of terrorism.

The Iranian Regime has already breached the heavy water limit twice in the past year and, in accordance with the deal, the excess was sold off. But again, this is only the heavy water that has been inspected, there could be much more in secret locations.

AP: Ultra-hardliners within Iran's ruling establishment were appointed to...