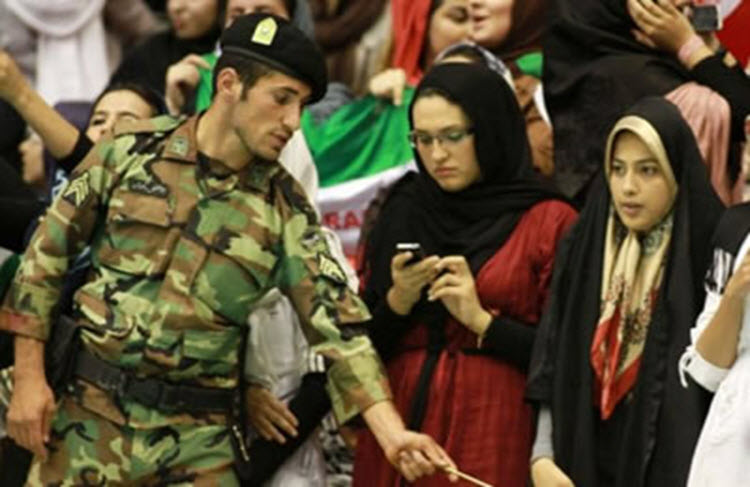 London, 13 Jun – The Iranian Regime has been receiving a lot of criticism over a proposed ban on the exercise class Zumba by a local sports federation.

The Iran Sport for All Federation wrote a letter to the Regime’s Ministry of Youth Affairs and Sports, calling for the exercise class and others like it to be banned because it contravenes “Islamic ideology”.

Ali Majdara, the President of Iran Sport for All, posted the letter on the Iran’s sports ministry website on June 7, arguing that the Regime should be aiming to “develop athletics for everyone in the framework of supreme Islamic ideology and the Islamic Republic of Iran’s sports structure”.

He continued: “Please issue a regulation to ban some activities, such as Zumba, which includes rhythmic motions and dance and is unlawful in any shape and title.”

Many social media users in Iran and around the world have mocked the proposal using the hashtag #Zumba, with one comparing the decision to that of ISIS (“The Oscar for the most Daeshi [so-called Islamic State group] news of the day goes to this…”) and one posing that this could have an unfortunate and unforeseen impact on relations with Columbia, where the Zumba dance is thought to have originated (“Have Colombia not summoned the Iranian ambassador yet?”).

This proposal has also sparked ire among many gym owners.

One gym manager told the Regime’s Aftab-e Yazd newspaper: “We have been teaching Zumba for 12-13 years and if they ban it, we will continue our class under a different name. Zumba is one of the most profitable activities and the [sports] clubs cannot ignore it.”

The International Sport for All Association was founded in 1991, with the belief that the need for exercise is a human right that transcends religion, race, economic status, and gender.

While a spokesperson for the international organisation told the BBC that they do not have a say in the politics of the countries who are involved with the Sport for All mission, they did indicate that the board of directors could ban Iran from using their logos and name if the country went ahead with the proposal.

However, this is far from the first time that the Iranian Regime has restricted women’s enjoyment of life in the name of religion.

As one Twitter user put it: “How many pillars does Islam have? One is at risk for the non-observance of hijab, another one over women watching sports matches in stadiums, the third for holding music concerts, the next for epilation and, the most recent one, for Zumba.”

AP: The lawyer defending a woman sentenced to death...