Why You Should Support the Free Iran Gathering 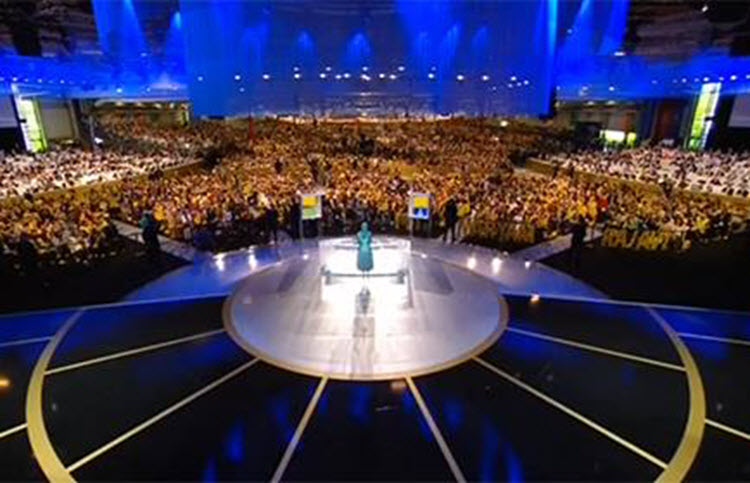 London, 19 Jun – One hundred thousand people will gather in Paris on July 1 to support the Iranian Resistance forces in their campaign to achieve freedom and democracy in Iran.

The annual convention, organised by the National Council for the Resistance of Iran (NCRI) and its sister group, the People’s Mojahedin Organization of Iran (PMOI/MEK), attracts support from those across the political spectrum who champion human rights.

The Iranian Regime will, as usual, attempt to smear the Resistance forces with baseless claims about links to terrorism, which is pretty rich coming from a Regime labelled the number one state sponsor of terrorism in the world.
The Resistance, on the other hand, advocates for a free, democratic, and secular Iran, led by Maryam Rajavi, President-elect of the NCRI.

The Regime has a history of attempting to crush its opposition, from the 1988 massacre in which 30,000 political prisoners (mainly PMOI supporters) were murdered to the consistent amount of accusations under the so-called moderate Hassan Rouhani.

Rouhani, who ordered the executions of close to 4,000 people between 2013 and 2017, began his second term by murdering 10 inmates with days of the sham elections, including 30-year-old Abdulkarim Shahnavazi. It is doubtful that any prisoners under the Iranian Regime receive a fair trial, with access to a lawyer.

There are also reports that in the month since Rouhani resumed his post as President, at least one political prisoner (24-year-old Diyako Hashemi) has been killed under torture, while at least two men have had their finger amputated and 90 children were arrested for taking part in outdoor activities.

It is common practice for the Iranian Regime to raid parties and gatherings and arrest people for bizarre reasons, like attending mixed-gender parties.

Nargis Rahmanfard, a psychology student in London, said: “The arresting of young people at parties, the poverty, suppression of ethnic minorities, suppression of women in Iran are violations that do not have a place in the 21st century, yet are enforced every day to keep the regime in power.”

There were recently at least two political prisoners on hunger strike in Iran; Atena Daemi, who was protesting against the arrest of her sisters, and Arash Sadeghi, who was protesting against the imprisonment of his wife, Golrokh Iraee.
The Regime believe that crackdowns against political opposition and free speech will prevent mass anti-Regime uprisings because the people will be too scared to revolt.

This is why there is such a focus on this convention, to bring the plight of Iranians to the forefront and encourage the international community to take action.

This is particularly prominent among the young.

Ehsan Qaraee, a civil engineering student in Norway, recalled that he would witness young children working and begging in Iran to provide for their families.

He said: “As long as this regime is in power, I realised the suffering will continue. By participating in the Iranian opposition convention, I can be the voice of those children; the voice of the voiceless. Gatherings like this can bring hope among people in Iran, specifically to youth and women who are direct targets of the regime.”

This will be the 5th time that he has attended the conference since leaving Iran. He believes that with freedom for Iranians, will come freedom for all peaceful people in the Middle East.

He said: “The only solution to end these human rights violations in Iran and the region is to help the Iranian people and the Iranian Resistance overthrow this barbaric regime and establish a state based on democracy, freedom and respect to its neighbours.”

Reuters: China is moving to cut its imports of...