What Is the Right Policy Towards Iran and the MEK? 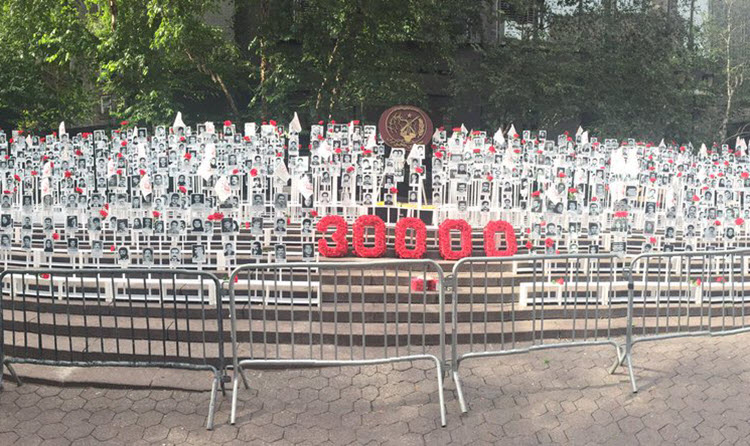 It is sometimes now that many US officials have been talking about Iran and the actions that US must take towards Iran. In a hearing in the congress, the Secretary of State, Rex Tillerson, in response to a question about the US policy towards Iran said: “Well our Iranian policy is under development. It’s not yet been delivered to the president, but I would tell you that we certainly recognize Iran’s continued destabilizing presence in the region, their payment of foreign fighters, their export of militia forces in Syria, in Iraq, in Yemen, their support for Hezbollah. And we are taking action to respond to Iran’s hegemony. Additional sanctions actions have been put in place against individuals and others.”

“We continually review the merits both from the standpoint of diplomatic but also international consequences of designating the Iranian Revolutionary Guard in its entirety as a terrorist organization,” he added. “As you know, we have designated the Quds [Force]. Our policy towards Iran is to push back on this hegemony, contain their ability to develop obviously nuclear weapons, and to work toward support of those elements inside of Iran that would lead to a peaceful transition of that government. Those elements are there, certainly as we know.”

The fact is that for years Iranian people have been seeking for a regime change, but the brutal internal suppression, and international and especially US policy of appeasement towards Iran have been the main obstacles to reach this goal.

Contrary to many other countries, in Iran a democratic and organized opposition exists. The Mujahedin-e-Khalq or the MEK has been struggling with this regime for over thirty eight years. Since June 20, 1981 Iranian regime has executed over 120000, mostly members and supporters of the MEK. Only in summer of 1988 over 30000 political prisoners, majority of them from the MEK, were massacred. During this massacre the death committee was going to the prisons and asking the prisoners if they are still supporting the MEK, and if the answer was yes, they would immediately be hanged.

In addition to the massacre of MEK supports, Iranian regime created an atmosphere of fear and terror in the society. The terror atmosphere was such that whoever had any connection of any kind with the MEK they would be arrested and tortured. Even using the name of MEK was prohibited. Any call or communication with MEK members in camps Ashraf and Liberty in Iraq by their family members was considered a crime and many MEK family members were arrested and tortured just because they called to talk to their loved ones.

Despite all the carnage, pressures and suppression, the MEK continued its struggle against the regime. After transfer of MEK members from Iraq to Albania, they focused their activities inside Iran. During the sham Presidential elections, supporters of the MEK posted pictures and posters of Maryam Rajavi, the President elect of NCRI, in the public places in many Iranian cities. The extent of these activities was such that the regime was terrified and compelled to react and cover the activities in their media.

In the past eight months, the MEK supports in Iran have staged a campaign regarding the 1988 massacre. In this campaign many atrocities of the regime was revealed. The campaign has been so wide spread and extensive that last week Khamenei, the supreme leader of the regime was forced to react against the MEK, defending the massacre of MEK members and supporters in the prisons.

The widespread activities of the MEK supporters inside Iran and formation of American-Arab coalition in the region, has become the main concern of the regime. Due to this concern, Iran lobbies have started a widespread campaign against the MEK to demonize the MEK. In this campaign they deceitfully do not directly support the regime, but instead by demonizing the MEK, they are trying to say that this regime does not have any alternative so for any possible change, the solution is within the regime and the West must try to find “moderates” inside the regime. The deceptive tactic is to save the same regime with the same values, and the right policy is to ignore all these propaganda of demonizing the MEK by the Iranian regime and its lobbies. The basis for any right policy towards Iran is to officially recognize the MEK as the main opposition to this regime.

The Hill: Images of unrest emerging from Iraq are deeply...