European Parliament Vp: There Is No Right Time to Invest in Iran 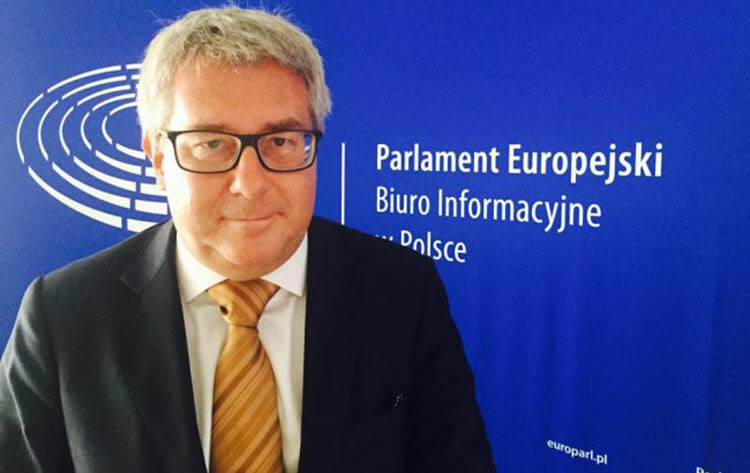 London, 28 Jun – The vice president of the European Parliament said that there will never be a good time for international businesses to invest in Iran.

Ryszard Czarnecki, who is also a former member of the European Parliament for Poland, wrote an op-ed for The Diplomat in which he warned European businesses against investing in Iran’s industries because they will be funding terrorism, destabilising the missile east, and repressing the Iranian people.

Indeed, Czarnecki noted that if any Western businesses felt safe expanding their relations with Iran, then “this is something that the whole world should be alarmed about”.

While the Iranian Regime has made many claims about investments being safe following the “election” of “moderate” Hassan Rouhani, nothing could be further from the truth.

Czarnecki wrote: “This moderation did not manifest during his first term in office, when he oversaw the worst period of executions in 25 years, as well as several illicit ballistic missile tests and a more than two-fold increase in close encounters between IRGC attack boats and Western vessels transiting the Persian Gulf, let alone the IRGC’s murderous interventions in Iraq and Syria. In the wake of all this and much more, the vast majority of the Iranian people do not take Rouhani’s renewed promises of reform seriously. As such, neither should European governments or would-be investors.”

Czarnecki noted that Donald Trump had not gone far enough with his criticism of and sanctions against the Iranian Regime.

He implored Trump to stop the multi-billion dollar Boeing aircraft sale because of the very real danger that US planes could be used to transport money, weapons, and militants to terrorist cells across the Middle East and perhaps the world.

However, Czarnecki writes that even if Trump doesn’t make any future moves to end US investment in Iran, that doesn’t mean that European leaders can sit idly by and ignore the funding of extremist from inside their country.

Czarnecki wrote: “The only circumstances under which Western entities should re-enter Iran is after the theocratic regime has given way to a democratic system of governance that affords liberty to its people.”

That is why we must support the Iranian Resistance and its elected leader Maryam Rajavi, who currently serves as a government-in-exile and have a ten-point plan to create a democratic Iran for the 21st century, with special attention given to human rights.

Czarnecki wrote: “Virtually every Iranian who participates in the National Council of Resistance of Iran (NCRI) rally has lost family or close friends to the Iranian regime, generally under circumstances of wilful ignorance on the part of Western authorities. Yet they do not resent today’s Western leaders for those losses; rather, they see Western vigilance as a tool that could go a long way toward sparing a new generation of Iranians from suffering the same pain.”

Washington Post: The small, boxlike objects dropped in the...