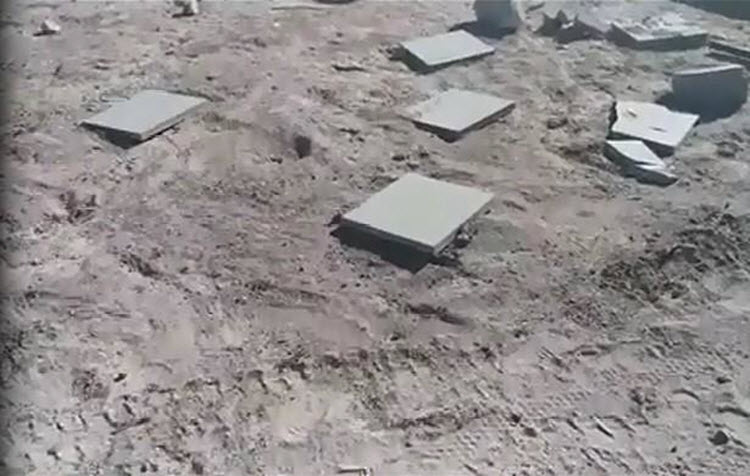 London, 28 Jun – The Iranian Resistance has called on all human rights organisations to condemn the destruction of mass graves in Iran by the ruling mullahs.

These graves provide crucial evidence about the 1988 massacre in which 30,000 political prisoners, mostly members of the People’s Mojahedin Organization of Iran (PMOI/MEK), were murdered by the Iranian Regime for being a member or supporter of a different political party.

If the graves are allowed to be destroyed, then the leaders of the Regime may get away with their brutal crimes.

In a statement released on Tuesday, June 27, the Secretariat of the National Council of Resistance of Iran (NCRI), wrote: “The Iranian Resistance calls on all international human rights organizations, especially the United Nations High Commissioner for Human Rights and the Special Rapporteur on the Human Rights Situation in Iran to condemn this inhumane act and take urgent action to prevent the destruction of such evidence of previous mass executions and massacre of political prisoners, especially those of 1988. Iran’s ruling dictators must face justice for their crimes against humanity and 120,000 political executions.”

In the past few days, the Iranian Regime began vandalising the grave sites of MEK members in the Rahmat Valley Cemetery in Tabriz, north-west Iran.

They have now destroyed 75 graves of MEK martyrs, including Akbar Choopani and Soraya Abolfat’hi, who was pregnant when the Regime executed her.

The Regime has been levelling the cemeteries containing the graves of political prisoners, covering the ground in 10 centimetres of cement in order to make the evidence harder to find, and even erecting false headstones to confuse international investigators.

In Ahvaz, south-west Iran, the Regime has been vandalising the graves of MEK members under the pretence of widening the road, meaning they have to encroach on the cemetery.

They covered the mass grave with dirt and concrete and continued to widen the road.

That is why we must support the Iranian Resistance and its elected leader Maryam Rajavi, who currently serves as a government-in-exile and have a ten point plan to create an Iran for the 21st century. They are committed to exposing the truth about the massacre and holding those responsible to account.

On July 1, the Resistance is holding a Free Iran rally in Paris with over 100,000 dignitaries, politicians and activists in attendance. The Iranian people want justice and the Resistance will provide that.

The Times: The former US commander in Iraq is...

AP: The lawyer for a detained Iranian employee of...