John Bolton: Iran Regime Must Not See Its 40th Birthday 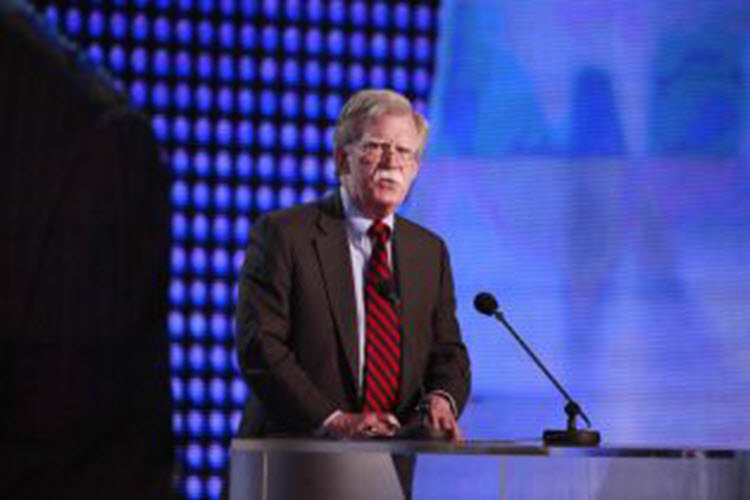 London, 3 Jul – Former US Ambassador to the UN, John Bolton told the crowds at the Free Iran Gathering in Paris, that the Iranian Regime must not be allowed to reach its 40th birthday, which would occur in 2019.

The annual rally, held by the Iranian Resistance, calls for freedom from the tyrannical Regime, with over 100,000 politicians, human rights activists, and national security experts in attendance.

This year’s overarching theme was that Regime Change in Iran is coming soon, as evidenced by the turning tide of the international community, the constant infighting within the Regime, and the strength of the Iranian Resistance both at home and abroad.

The international community is now recognising that the Iranian Regime can be neither reasoned with nor contained, and so the only answer is the overthrow of the Regime.

They are turning their support to the Resistance and their elected leader, Maryam Rajavi.

Bolton highlighted the current review on US policy towards Iran, which may involve designating the Iranian Revolutionary Guards Corps (IRGC) as a terrorist organisation and increasing sanctions against the country which the US state Department labelled “the world’s leading state sponsor of terror”.

This call to blacklist the IRGC is one of the Resistance’s main tenants, as cutting off their access to international funds, would cut off their ability to finance terrorism.

Former New York Mayor Rudy Giuliani, who also spoke at the event, said that the Trump administration could well get this measure through.

Bolton said that the overall policy of the US should be “the overthrow of the mullah’s regime in Tehran”.

He said: “The behaviour and the objectives of the regime are not going to change, and therefore the only solution is to change the regime itself, and that’s why, before 2019, we here will celebrate in Tehran.”

He highlighted the two main problems posed by Iran to the rest of the world as the nuclear/missile threat and its push for a Shiite Crescent across the Middle East.

Bolton, who also served as the Bush administration’s top arms control official, said that even if Iran was in compliance with the nuclear deal (they aren’t), it wouldn’t matter because of their deals with the North Koreans.

He said: “North Korea is already perilously close to the point where they can miniaturise a nuclear weapon, put it on an intercontinental ballistic missile and hit targets in the United States. And the day after North Korea has that capability, the regime in Tehran will have it as well, simply by signing a check.”

He also noted that the Shiite Crescent across Iraq, Syria and Lebanon would, if it were allowed to fully take hold, “be the foundation for the next grave conflict in the Middle East”.

Reuters: Iran might be willing to give up its...

AFP: Iran is stronger after a host of international...