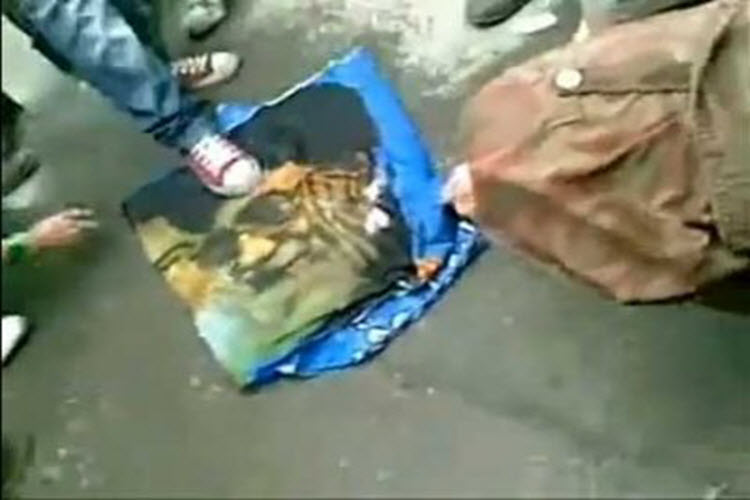 London, 10 Jul – United States Secretary of State Rex Tillerson recently said, much to the disdain of Iranian officials, that the US needs to start working with “those elements inside of Iran that would lead to a peaceful transition of that government”. This also surprised the international community to hear such an explicit statement.

The US has been helping with democratic change for a long time, but no progress has been made. The Islamic Republic is ruled by the Supreme Leader who is not only elderly, but who was also sick with a serious illness recently. A transition of power will probably lead to the entire system collapsing.

Since the Islamic Republic was founded, the struggle between the public and the leaders has been present. The regime started off by waging battles on the street against the people in order to suppress them. Several decades later, the same can still be said.

Several movements, such as the reform movement in the nineties and then the Green Revolt in 2009, the regime is still repressing the people and trying to extinguish their desire for freedom and democracy.

The people of Iran are revolting more than ever and it is certain that another uprising will happen. This time, however, it will be enough to displace the mullahs. The 2009 uprising was ignored by the international community, especially former President Obama who refused to acknowledge it. Another uprising on this scale, with the support of the US, would be enough to bring massive change to the country.

The Iranian regime is corrupt to its core and is not representative of the people of Iran. The people of Iran want peace, not war. The regime and its Revolutionary Guards (IRGC) make Iran the number one exporter of terrorism in the world.

After the signing of the nuclear deal which freed up billions of dollars, great change should have come to Iran. However, this is not what happened. The people are still suffering in extreme poverty and the social conditions are horrendous. The high officials of the regime are not suffering as such. Most of the funds freed up from the nuclear deal were sent abroad to fund terrorism.

The one positive from such uncertainty is that there is an alternative for when the regime finally collapses. The alternative is viable and democratic and has the support of political leaders all over the world. The Iranian opposition is fully prepared for the eventuality of the regime collapse and is ready to take Iran forward to the new chapter of history that will bring positivity to the people.