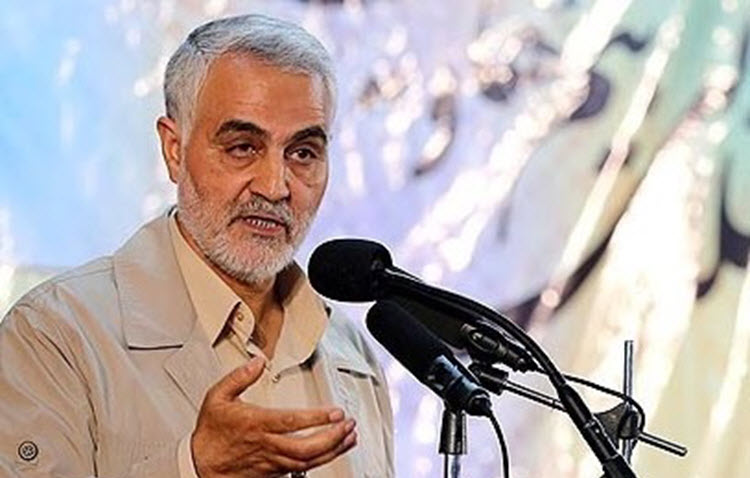 London, 11 Jul – The head of the Qods Force, a division of Iran’s Islamic Revolutionary Guard Corps (IRGC), said at a gathering last week that the country’s efforts to boost the influence of Tehran across the region are coming to fruition thanks to the Syrian war. Major General Qassem Soleimani slammed critics of the IRGC including Saudi Arabia.

Soleimani also spoke about the significance of Qods Day, an effort by Ayatollah Khomeini to ensure that Israel’s destruction and support for Palestine are frequently renewed.

He also spoke about how some Arab states have “sold out” regarding the Palestinian cause because of ties with Israel.

Soleimani claimed that Iran’s “global defense” of the people of Syria and Iraq is making the Islamic Republic increasingly popular in the world. However, this is false bravado because Iran’s regional policies have led to massive drops in favourability ratings in the past ten years.

Echoing other senior officials in the Iranian regime, Soleimani says that ISIS is a conspiracy created by its enemies to target Iran. Even though forces backed by Iran fight ISIS in Syria and Iraq, Tehran has been using the Sunni jihadist group’s rise as an excuse for getting involved in other areas of the region.

Omitting that Russia’s intervention was crucial, Soleimani bragged about the Syrian regime’s growing strength, highlighting that it was stronger than ever. He claimed that the “global belief today is that the Syrian system is undefeatable.”

Speaking about the kingdom of Saudi Arabia, the general said that although it has a lot of oil “mad logic rules, terrible events happen, and mad things like war with Yemen happen and these ignorant individuals are incapable of extinguishing this fire”.

He also spoke about the missile strikes that the IRGC launched on Islamic State positions in June. He said that had numerous “good benefits”, explaining that it showed Iran “has the will to act”. He also stated that “the principle of will was more important than the result”. Sources outside Iran actually say that the strikes were unsuccessful. In fact, only one projectile hit its target. Perhaps his statement that the act is more important than the result is an admission as such. In any case, he emphasised that the strikes show that experts are being trained in building missiles with the aim of being precise.

Interestingly, Soleimani strongly criticised President Hassan Rouhani. He said: “In the Islamic Republic, we’re all responsible towards martyrs, society, religion and our country. The biggest betrayal is to cast doubt toward the foundations of this system.”

He added that “none today must weaken the corps”, probably in reference to Rouhani’s criticism of the IRGC.

Soleimani’s words do nothing but prove that the forces ruling Iran are in a weak position. Claims are exaggerated in his speech, failures are omitted and catastrophes are made to look positive.

Sunday Times: The British government was warned more than...