Can France Unite With US Against Iran? 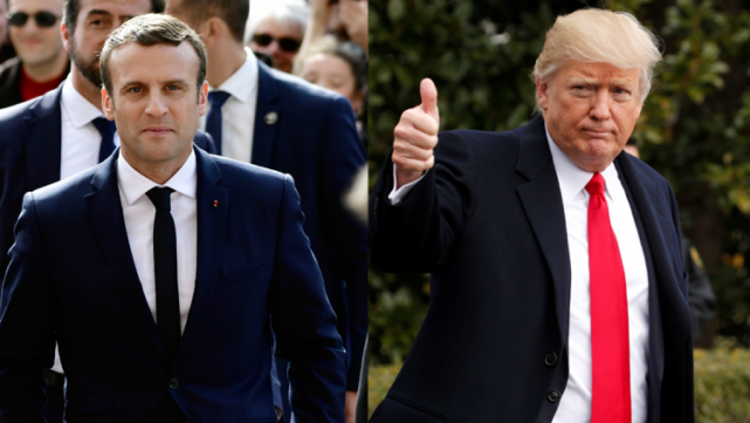 London, 14 Jul – France was one the first countries to send business delegations and enter into new trade agreements with Iran following the implementation of the Iran nuclear deal, or Joint Comprehensive Plan of Action (JCPOA).

US President Donald Trump is famous for describing the JCPOA as “the worst deal ever negotiated.” As he joined his French counterpart, President Emmanuel Macron, in a press conference in Paris on Thursday, Trump said, “Today we face new threats from rogue regimes like North Korea, Iran, and Syria, and the governments that finance and support them.”

Macron also took over for a predecessor who was part of the nuclear negotiations with the Islamic Republic. How he will address issues regarding Iran is yet a question. France was a prominent player, as one of the six parties that helped negotiate the JCPOA opposite Iran, and the French negotiating team developed a solid reputation for putting the highest demands upon the Islamic Republic.

The announcement by the French energy company Total SA that it would be helping Iran to develop a prominent off-shore gas field, was embraced by Tehran, who suggested that it would lead the way for more Western investments in Iran, while Iran continues to push the boundaries of the JCPOA.

President Macron’s meeting with President Trump takes place almost exactly two years after the nuclear negotiations were concluded. But, the nuclear deal only addressed one issue —it pushes the threat of an Iranian nuclear weapon back several years — while globally significant issues coming out of that country are many.

An idea already being considered during in Trump’s first weeks in office, is designating the Iranian Revolutionary Guard Corps (IRGC) as a foreign terrorist organization and cutting off its access to American dollars. If the subject was approached with Macron, it hasn’t been reported. Still, an international blacklist of the IRGC could diminish Iran’s influence on areas like Syria and Yemen, and weaken the clerical regime at home, which would improve prospects for regime change by the pro-Western and democratic Iranian people.

Just two weeks before Thursday’s meeting with President Trump, Paris was the site of a major international rally for Iranian regime change. The opposition coalition, the National Council of Resistance of Iran (NCRI) held its annual “Free Iran” gathering on July 1st, with attendance from tens of thousands of Iranian expatriates and hundreds of political supporters from across Europe, the Americas, and around the world.

NCRI President Maryam Rajavi was the keynote speaker, and used the opportunity to call attention to the thousands of protest actions that have occurred in Iran over the past year, even under the looming threat of arrest and torture. Mrs. Rajavi’s progressive 10-point plan promotes a future for Iran that will be stable and democratic. President Macron and President Trump, as well as other Western leaders would do well to take note.

President: UN pressure has no impact on Irans nuclear progress

AFP: Iran's announcement that it has successfully enriched uranium...