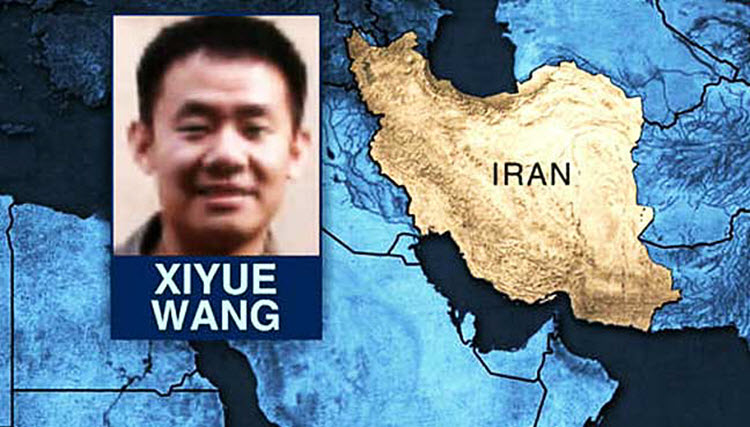 London, 17 Jul – An Iranian court has sentenced a grad student from Princeton University to 10 years in jail on charges of espionage, in the latest case of the Iranian Regime imprisoning dual nationals on bogus national security charges.

Xiyue Wang, 37, was accused of “spying under the cover of research”, according to Mizan, the Iranian judiciary’s official news site.

On Sunday, Gholamhossein Mohseni Ejei, spokesman for the Iranian judiciary, said: “This person, who was gathering information and was directly guided by America, was sentenced to 10 years in prison, but the sentence can be appealed.”

The US State Department accused the Iranian Regime of falsifying national security-related charges to detain Americans and other foreigners in order to gain leverage over other countries.

A State Department official said: “We call for the immediate release of all US citizens unjustly detained in Iran so they can return to their families. All US citizens, especially dual nationals, considering travel to Iran should carefully read our latest Travel Warning‎.”‎

Wang, who was born in China but is a US citizen, was arrested in July 2016 when he attempted to leave Iran because he feared for his safety.

The Mizan report read: “The American spy arrested in Iran was also at the centre and his mission was to collect confidential information and documents.”

Wang’s doctoral thesis is on late 19th and early 20th-century Eurasian history and he was in Iran to research the late Qajar dynasty, according to Princeton.

In a statement they said: “We were very distressed by the charges brought against him in connection with his scholarly activities, and by his subsequent conviction and sentence. His family and the university are … hopeful that he will be released after his case is heard by the appellate authorities in Tehran.”

Wang was active at the Sharmin and Bijan Mossavar-Rahmani Centre for Iran and the Persian Gulf Studies at Princeton, which the judiciary claims has links to Western intelligence agencies and Israel.

They are currently holding several dual nationals including Nazanin Zaghari-Ratcliffe, a British charity worker who was visiting family in Iran with her baby daughter, and Baquer Namazi, an elderly former UNICEF ambassador from the US who went to plead for the release of his son, Siamak, who went to Iran to negotiate business contracts.

Reactions to UN decision to impose sanctions on Iran  Britain