Iran: The Caspian Sea and the Gulf of Gorgan in Critical Conditions 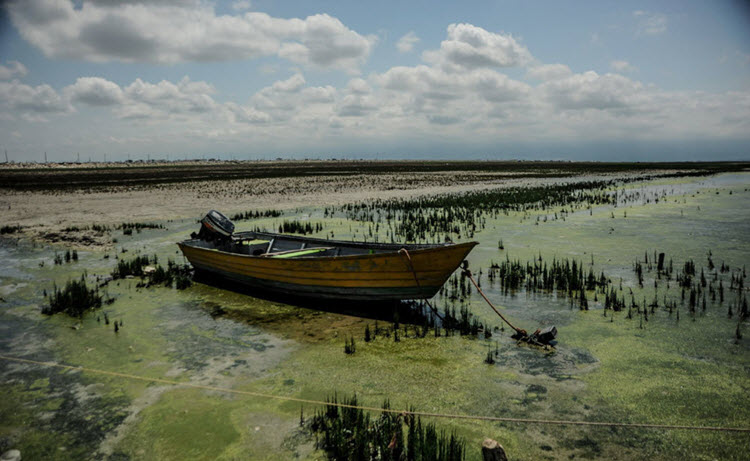 London, 25 Jul – “The situation in Gorgan Gulf is critical, with haze and pollutants as two of the factors that are seriously threatening the region”, says state-run ‘Mardom-Salari’ newspaper on July 23, 2017, quoting regime’s Deputy Governor of Golestan on Development Affairs.

He also warned over Caspian Sea’s water conditions, saying “Caspian Sea’s water level used to drop every eight months in the past, but the period is now decreased to just ten days, and this increase in evaporation rate also increases the concerns over haze and salt suddenly raising from the coastline and moving towards the forest and residential areas. The second concern is that there’s no time to plan for areas emerging from the sea. Evaporation rate has significantly increased and the sea is drying up, so that we might be faced with haze in the area any moment.”

On the reasons leading to this situation, regime’s deputy governor of Golesatn added “the reason behind this increased drop in sea water level is the dams being built, preventing sufficient water from entering the sea. Alarming bells have started ringing in Gorgan Gulf and Miankaleh Peninsula from three years ago, with some experts believing that this is a critical situation and concluding that we’re faced with a challenge in the area.”

The predatory policy of building excessive dams and digging too many deep wells by state entities, the Revolutionary Guards in particular, has caused the environment all across Iran to be faced with serious threats.