West Must Protect Christians Fleeing Iran, as Monitoring by IRGC and Basij Continues 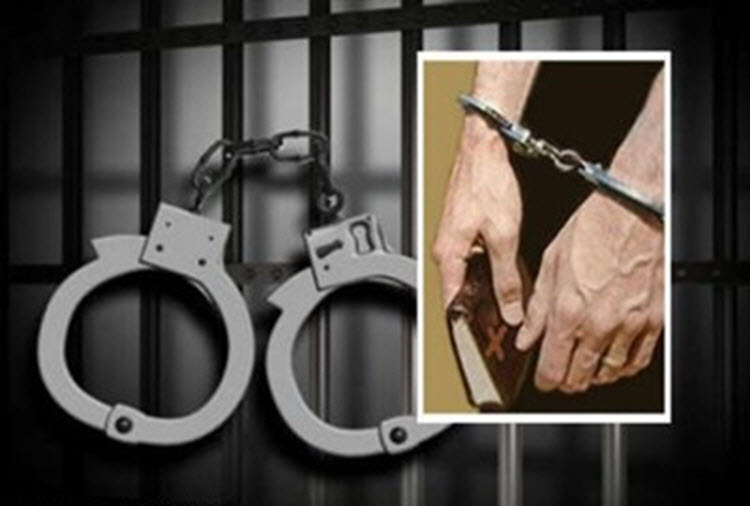 London, 25 Jul – While we know that Iran monitors Christians and other religious group within the country, a worldwide Christian ministry warns that this observation continues even after members of the faith have moved to the West.

“In Iran, Christians are monitored closely and their activities filmed. When the authorities decide to crack down on Christians, they are beaten up, arrested or sometimes they just disappear. One of the main organizations responsible for this is the Iranian Revolutionary Guard Corps (IRGC). The Iranian constitution gives the IRGC a specific responsibility for protecting the Islamic revolution ideology in Iran and exporting it to other countries. Closely associated with the IRGC is the Basij, which has a similar ideological basis but whose members, recruited from school age, hold other full-time jobs,” officials with Barnabas Fund report.

As an Iranian Christian stated, “If your name comes up anywhere, anywhere that it shouldn’t, then they will keep watching you.”

Growing evidence indicates that this monitoring by the IRGC and the Basij continues even after Christians have moved to the West.

The following points of interest were noted by the Christian group:

1. Reports have been seen in recent months from European refugee camps of Iranian government agents monitoring Iranian Christians. “Those who have converted from Islam appear to be a particular target.”

2. Several senior members of the IRGC recently have made statements “indicating that they were planning to extend their activities to the USA and Europe.” For example, it was Salar Abnoush, of the IRGC, who said, “So all the world must know that soon Revolutionary Guards forces will be formed in the U.S. and Europe.”

3. “The latest development is the arrest and deportation by U.S. Border officials of an Iranian academic who had been granted a visa for a postdoctoral post at a U.S. hospital. However, when news of his deportation broke last week, Iranian opposition activists quickly recognized his name and posted claims on social media that he was the head of the Basij at Tehran’s Sharif University,” the Barnabas report said.

4. And it explained Radio Free Europe has heard from former students at the university who now live in North America – and who identified the deportee. The report explained, “None [was] prepared to be identified for fear of reprisals from the Iranian regime.” One person said, “He was among [the Basiji] who would photograph students protesting inside or outside the university. Then a few days later, those students would be arrested.”

5. And the Washington Free Beacon quoted Foundation for Defense of Democracies expert Saeed Ghasseminejad saying, “Here are the facts: [The deportee] is a high-ranking member of IRGC’s Basij, has been involved in the IRGC’s military research programs, has played a key role in oppressing dissidents, and Iran’s Supreme Leader has given him his own keffiyeh [traditional Middle Eastern headscarf] as a gift.” The question, the report said, was what assignment had he been given to carry out in America, given that he was in charge of monitoring dissidents, including Christians, in Tehran.

The report stated, “It should go without saying, that it is imperative that the U.S. and European governments provide adequate protection to Christians who flee persecution in countries such as Iran to claim asylum in the West.”