Iran Regime Looks More Like a Cause Than a Nation 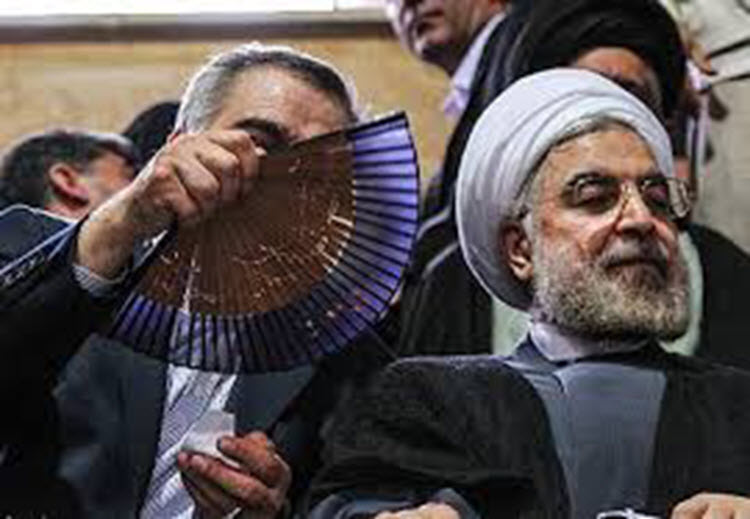 Jason Brodsky, the policy director of United against Nuclear Iran, wrote an op-ed for the Jerusalem Post in which he assessed that these next four years would prove crucial for the Iranian Regime and indeed, it is unlikely that it will remain intact.

As Iranian President Hassan Rouhani begins his second term, he faces an enormous backlash from the Iranian people, his fellow politicians, and the Supreme Leader Ali Khamenei.

The Iranian people, who are not in favour of the Regime and mostly stayed home in protest during the sham elections, oppose him for his human rights violations and his false promises of reform during his 2013 campaign.

Brodsky wrote: “Rouhani will also find it difficult to deliver on his promises of reform… That’s not to mention his pledge to end the house arrests of former presidential candidates Mousavi and Mehdi Karroubi, and his call to drain the swamp of corruption in the judiciary.”

Some will argue that Rouhani’s ability to make good on those promises would have been stifled by Khamenei, but we must remember that there are no real moderates in the Regime and Rouhani knew that he wouldn’t be able to make these reforms when he promised them. After all, Khamenei has been doing the same thing to every president who promised reform since he took office in 1989.

Brodsky said: “Under the hydra-headed power structure of the Islamic Republic, it is the supreme leader – and not the president – who has veto power capable of freezing any government in its tracks. Iranians were reminded of this dynamic this summer when the supreme leader encouraged his supporters to “fire at will” any perceived enemy of the state – a not so subtle warning to the Rouhani administration.”

Rouhani’s fellow politicians wish to see him fall before the death of Khamenei, because if they can take the presidency, they have a better chance of taking the position of Supreme Leader which brings unrivalled power.

Brodsky wrote: “Rouhani remains hamstrung by the realities of a fifth column of deep staters who have a vested interest in his failure… That’s on top of Rouhani’s war of words with the judiciary chief – accusing him of irregularities with state funds – and the retaliation with the arrest of the president’s brother, Hossein Fereydoun, on charges of financial malfeasance.”

And Khamenei doesn’t want Rouhani to become the next Supreme Leader, which is why he tried to rig the election in favour of his close ally Ebrahim Raisi; who sent 30,000 political prisoners to their deaths in 1988 alone.