War Between Saudi Arabia and Iran Is Coming 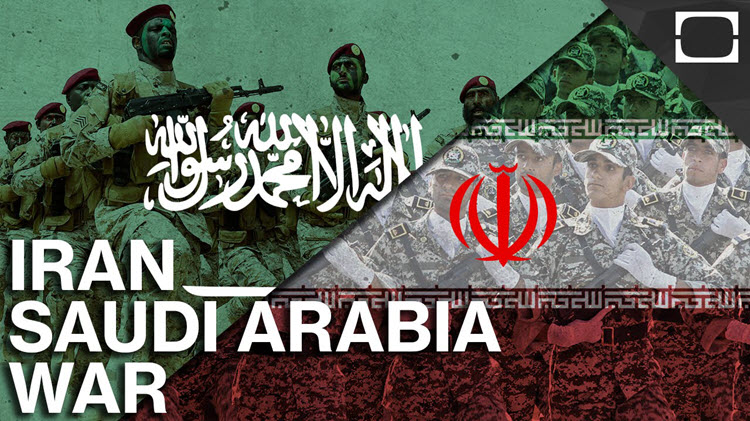 London, 8 Aug – Abdullah bin Bijad al-Otaibi, a member of the board of advisors at Al-Mesbar Studies and Research Center, wrote an op-ed for Al Arabiya in which he assessed the next big war in the Middle East would be between the Iranian Regime and the countries concerned about its destabilisation of the region.

Otaibi writes that the two countries who are most prominent in the crusade against the Iranian mullahs are Saudi Arabia and Egypt, along with their allies, because Iran has routinely targetted their stability.

He wrote: In Saudi Arabia, Iran supported al-Qaeda and ISIS to carry out terrorist attacks and supported terrorism in the eastern region….In Egypt, Iran supported all terrorist groups either directly or through Hezbollah and the Hamas Movement. One of the streets in Tehran is named after Khalid Islambouli, the murderer of Anwar al-Sadat. Iran also uses stamps to commemorate Sayyid Qutb, the most famous preacher of modern terrorism. Iran’s official rhetoric is still very hostile against Egypt and Saudi Arabia.”

This is of course, in addition to the terrorist atrocities committed by Iran in Bahrain, Kuwait and Yemen via al-Qaeda and Houthi militias in a further attempt to destabilise Saudi Arabia.

And this war could be coming sooner than we thought.

Already, we have seen the cutting off of diplomatic ties to Qatar (a major Iran supporter) by Saudi Arabia, Egypt, Bahrain and the United Arab Emirates, because of the country’s support for terrorists like the Muslim Brotherhood.

Otaibi wrote: “In order to defeat Iran, it is a must to defeat its allies in the region, such as the Muslim Brotherhood and countries that support it. The biggest modern supporter is Qatar, the Arab and Gulf country whose leaders have been willingly biased toward every destructive project that harms Arab countries and their people. As the Qatari crisis enters its second month, the situation has improved in Egypt, Libya, Yemen, Syria and Iraq.”

The situation has improved because the terrorist organisations supported by Qatar have lost some of their income, which can only be a good thing but it can’t end here.

Otaibi wrote: “The great struggle which the region is witnessing, and which is being prepared for calmly and carefully, is not against Qatar but against sectarianism and radical movements, against Iran’s expansive and sectarian project and against the expansive radical and authoritarian project. Qatar is only one step of the way.”

He continued: “If we observe Saudi political moves, we realize they have succeeded in defeating Iran in several parts of the world and that they will force Iran to worry about its domestic affairs and abandon ambitions to expand and impose influence. The Saudi crown prince has stated this more than once.”

Major powers set to meet in London over Iran

Reuters: Senior officials from major powers will meet in...