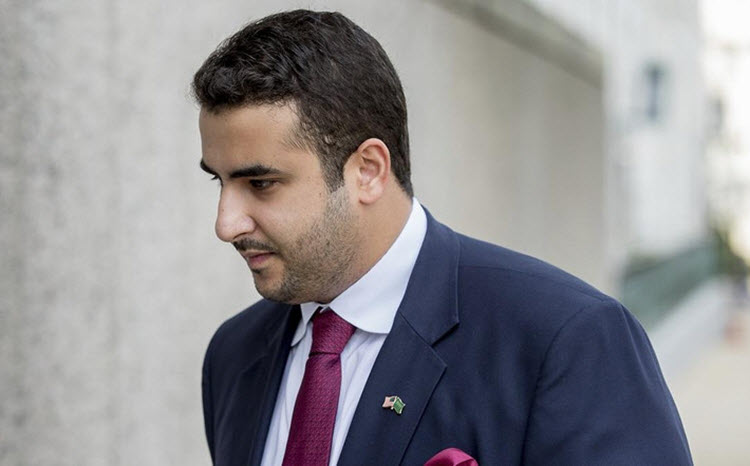 London, 8 Aug – The United States and its allies must recognise the severity of the threat posed by the Iranian Regime warns the Saudi Ambassador to the United States.

In his first interview since being appointed the Saudi ambassador to Washington, Prince Khaled bin Salman told The Washington Post that the US and its allies have to understand how big a threat the Iranian Regime poses to international security and advised that they all come together to contain the expansionist policies and actions from the mullahs.

Prince Khaled also praised the much-improved relationship between Saudi Arabia and the US since Donald Trump took office in January, after eight years of worsening relations under President Obama.

While speaking to Lally Weymouth, a senior associate editor at The Washington Post, Prince Khaled said: “There is a huge improvement in the Saudi-US relationship under this administration. I think that President Trump is determined to work with his allies in the region to counter Iranian expansionism and terrorism. We are happy with the current policies in the region.”

He also believes that the tide is turning with regards to the Iranian Regime.

He said: “I think the U.S. and its allies realize how big the Iranian threat is to international security, and we are ready to work together to contain Iranian actions and expansionist policies.”

During the interview, Prince Khaled warned about the growing Iranian sectarianism, its negative influences, and how it destabilises the Middle East, especially across Syria, Yemen and Iraq. He pledged that Saudi Arabia supports a free and independent Iraq and that the Saudis would continue fighting on behalf of the Yemeni Government to expel the Iran-backed Houthi rebels.

Prince Khaled, the younger brother to current Saudi Crown Prince Mohammed bin Salman, said: “Sectarianism always leads to terrorism. The Sunnis and [Shiites] have to be treated equally as Iraqi citizens. Iran wants Iraq to obey Iran. We support the independence of Iraq.”

He continued: “[The Houthis] started to march to the capital and take over Yemen before the Yemeni government asked Saudi Arabia to intervene and stop this attack. The ball is [now] in the Houthis’ court. They have to drop their weapons and become part of Yemen, not part of Iran.”

Prince Khaled, a former F-15 pilot who graduated from Columbus Air Force Base in Mississippi, was part of a 2014 mission by the international coalition to combat the so-called Islamic State group (ISIS).

During the interview, Prince Khaled also advocated for the removal of Syrian Dictator Bashar al-Assad from office and pledged to continue working with the US to support opposition groups in Syria.

The Daily Beast: Fans are experiencing further obstacles to watching...