The US Must Confront Iran’s Misbehaviour 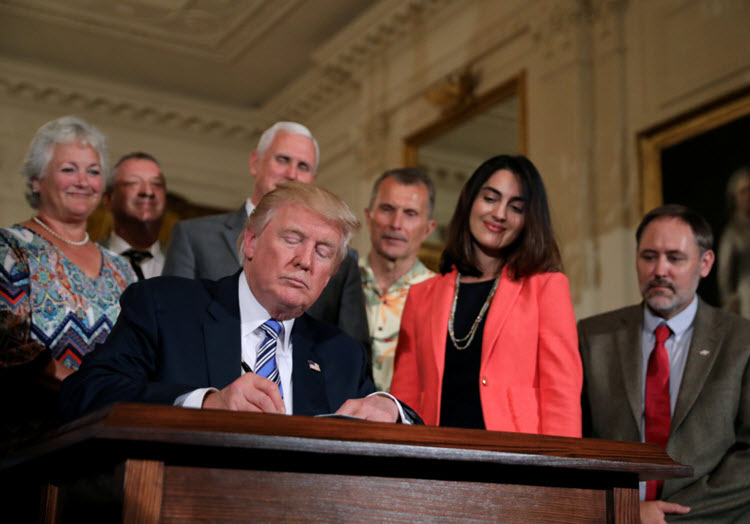 London, 8 Aug – It is time for the US to challenge the misbehaviour of the Iranian Regime, argues a political science instructor at Central Texas College.

Ted Gover, who also teaches at the US Marine Corps Base Camp in Pendleton, California, wrote an op-ed for the Jerusalem Post in which he welcomed the stronger stance against the Regime shown by the Trump administration and argued that there are seven main areas in which the US should amend its policy on Iran.

There are many countries throughout the Middle East that are under attack by Iran or one of its proxies, including Israel, Saudi Arabia, Bahrain, Lebanon and Yemen, who need the support of the US in order to survive the assault.

Gover wrote: “Yemen is perhaps the most widely covered example with the sitting Yemeni government and Saudi Arabia fighting against the Iran-funded Shi’ite Houthi rebels in their attempt to overthrow the government in Sana’a. Concerning Iraq, the withdrawal of US leadership from the Middle East the during the past eight years left a vacuum that Iran was all too willing to fill. Tehran now enjoys unmatched influence with the Shi’ite-majority government in Baghdad.”

3) Improving Relations with US allies in the Middle East

Over the past eight years, many traditional US allies felt abandoned by the US’s attempts to reach out to Iran; now is the time to rebuild those relationships and work with them to counter Iran.

5) The US must work with its Middle East allies to counter Iran’s Shi’ite Crescent from the Persian Gulf to the Mediterranean.

Gover wrote: “This path – if achieved – would give Iran continuity with its Arab proxies in Syria and Lebanon, further threatening the interests and security of US allies…It is this struggle for territory, not the waning scourge of Islamic State (ISIS) that must be one of the key areas of strategic focus of the US and its partners going forward. This challenge demands both a continued military backing of friendly groups and a political strategy as to who governs where after ISIS falls.”

6) Trump should put forth a plan of action for countering Tehran’s continued involvement with training, financing and equipping terrorists like the Taliban and al-Qaida.

Gover wrote: “According to US intelligence estimates, such Iranian activity in Afghanistan has increased markedly in recent years while receiving a scant response from US and NATO forces.”

Gover wrote: “Washington and its allies must work with a sense of urgency to devise an effective framework to address the inadequacies of the [nuclear] agreement.”

He concluded: “As with all geopolitical challenges, coming events and revelations will dictate other necessary measures. Yet, by taking these key steps now, the Trump administration can institute the first real and effective push-back against nefarious Iranian behaviour in decades.”

A ‘head case’ in Teheran

Daily Telegraph: The prospects for European Union mediation over...

US hikers ‘spy’ case not linked to scientist: Iran

AFP: The case of three US hikers held in...