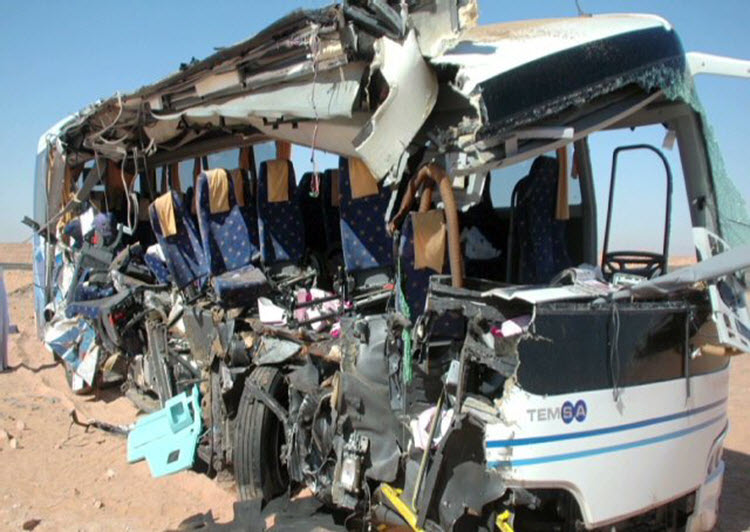 London, 18 Sep – Nearly 250 have died and over 3,200 have been injured in car crashes because of unsafe roads in Iran in just five days, according to state-run media.

Nearly 17,000 people in Iran are killed and 300,000 injured every year on Iran’s roads due to a combination of unsafe roads, non-standard cars, careless driving or illegal driving, according to the Traffic Police Chief.

While the World Health Organization notes that traffic-related fatalities are the leading cause of death in Iran, with road accidents happening at nearly twenty times the world average.

Car crashes may be hard to predict but it is easy to prevent them and the Iranian Regime should be doing more to stop the high levels of road traffic accidents, like implementing speed limits, introducing a seatbelt law for car users and a helmet law for bike users, establishing traffic signs, and improving road design.

They could also establish more funding for the emergency services so that the fire and ambulance services were able to respond more quickly to accidents.

With over 30 million Iranians living below the poverty line, according to Abolghasem Firouzabadi, Deputy Director of Social Welfare Department of Iran, in 2015, this type of investment by the government would huge benefit their daily lives; not only by making them safer but also by creating jobs.

With the statistics on road accidents, it is beyond belief that something has not been done already. However, the Regime would have to care about their citizens in order to protect them in this way.

The Regime is less interested in infrastructure and safety regulation than it is in destabilising the Middle East and spreading terror around the globe.

Kaveh Taheri wrote on Track Persia: “Unfortunately, even though the sanctions on Iran’s regime have been lifted, there is no evidence of investment in country’s economy or industrial infrastructures despite the millions of dollars given to the regime by the West. Iran’s regime has no interest in spending adequate budget to improve the living situation of its citizens and this money will not be spent on the Iranian people but rather to enrich a repressive regime.”

Taheri continued: “Priorities of the authorities is based on reinforcement of terrorist groups to stick the region in a limbo through spending billions of dollars to strengthen terrorists by petrodollars. The Islamic Republic of Iran has invested billions of dollars to reinforce its military capabilities as obtaining long-range missiles that can hit Israel, and the regime also supports extremist groups in order to threaten the world.”