Call for International and Independent Investigation Into 1988 Massacre 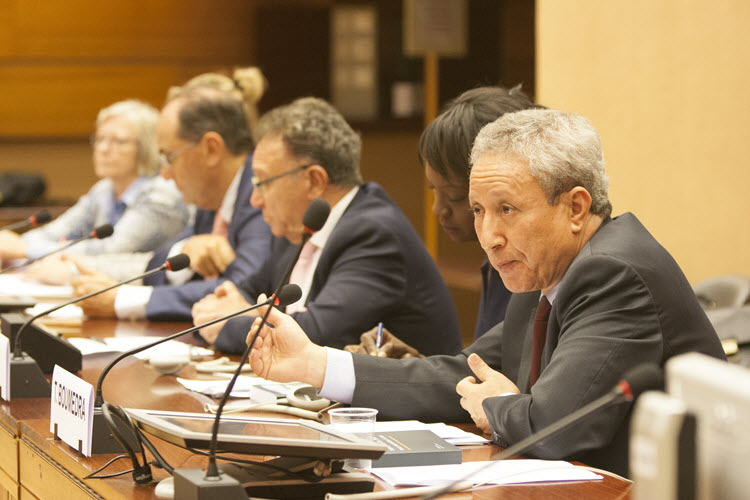 Last week, during a conference held at the headquarters of the United Nations in Geneva, politicians from all across Europe, well-known jurists, and defenders of human rights called on the UN to urgently set-up an independent commission to look into the so-called 1988 massacre in Iran.

During the course of the summer of 1988, around 30,000 political prisoners in Iran were executed following a fatwa by the Supreme Leader at that time, Khomeini – the founder of the Islamic Republic. Most of those who died were part of the PMOI / MEK – the main Iranian opposition.

They urged the UN to ensure that those responsible for this horrific crime against humanity are punished and called on the measure to be taken during the current session of the UN General Assembly.

Several NGOs organised the conference which took place at the same time as the 36th session of the UN Human Rights Council.

The massacre, which has been described as one of the worst crimes in history since the Second World War, has never been independently investigated.

The special rapporteur on the situation of human rights in Iran, Asma Jahangir, spoke out against it in her most recent report. She highlighted that women and minors were even executed in 1988 and the bodies were dumped in mass and unmarked graves meaning families had no idea where their loved ones were laid to rest.

She also mentioned the recording that was released last year in which more evidence about the 1988 massacre surfaced. She pointed out that some members of the current government in Iran were heavily involved in the events of 1988.

Several regime officials acknowledged that the massacre took place, and shockingly, others went as far as to defend the crime.

The speakers said that it is of equal importance that the Iranian regime is excluded from the investigation, in particular because some current regime officials have something to hide.

Tahar Boumedra emphasised that this investigation is essential for the families who have spent almost three decades enquiring about their loved ones. He said: “They need to know whether they are alive or dead. If alive, they need to know their whereabouts; if dead they need to know who executed them. Now that the UN special rapporteur has spoken, it is time for the UN Special Procedure to thoroughly address this matter and to reveal the truth to the families. Perpetrators must be brought to account and justice must take place.”

Huffington Post: So which came first? When the latest round...

By Pooya Stone US officials say that a US...