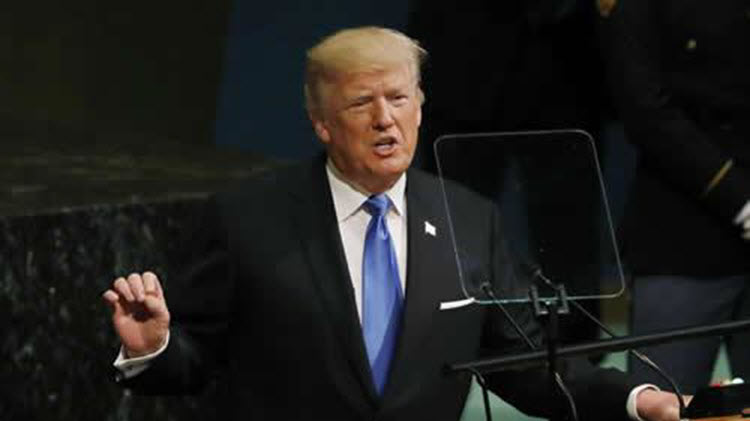 London, 21 Sep – An Iranian translator has been forced to defend himself after coming under fire for altering Donald Trump’s address to the UN General Assembly on Tuesday, in order to downplay Trump’s criticism of Iran.

Nima Chitsaz, a translator for Iranian state broadcaster IRIB, said that he wanted to spare his Persian-speaking viewers from Trump’s verbal attacks.

He said: “I don’t think it would be nice for me to speak on national TV against my own country.”

However, if Chitsaz’s goal was to protect the people of Iran, it is unclear why he mistranslated a comment by Trump that spoke of the power that the Iranian people had to overthrow the Regime.

He also changed Trump’s criticism of the Regime’s theft of its own people money.

When Trump said: “This government has turned a country rich in history and culture into an isolated and economically debilitated country,” he was quoted as saying “Iran’s living conditions must be better than this”.

When Trump directly criticised the suppression of the Iranian people by their Regime, Chitsaz again played it down.

Trump said: “This is what causes the regime to restrict internet access, tear down satellite dishes, shoot unarmed student protesters, and imprison political reformers” but Chitsaz relayed “Many incidents happen in Iran which are unacceptable to us.”

When Trump assessed that the world must work together to counter the threat of the Regime, Chitsaz made it seem like Trump was criticising the whole world.

Trump said: “The people of the world must face this rogue government,” but Chitsaz changed it to “We have problems with other countries”.

When Trump said that Iran was a “depleted rogue state whose chief exports are violence, bloodshed and chaos,” Chitsaz translated that as “Iran speaks of destroying Israel”, which anyone can see are not the same thing at all.

He was roundly criticised on social media for censorship, with many asking if he was paid to translate or make things up.

Chitsaz responded to these criticisms by saying that the speech was available in English and people could always translate for themselves if they wished, which misses the whole point of a translator.

The Times: It is called Press TV, is funded...

Reuters: Iran is not being fully open with U.N....