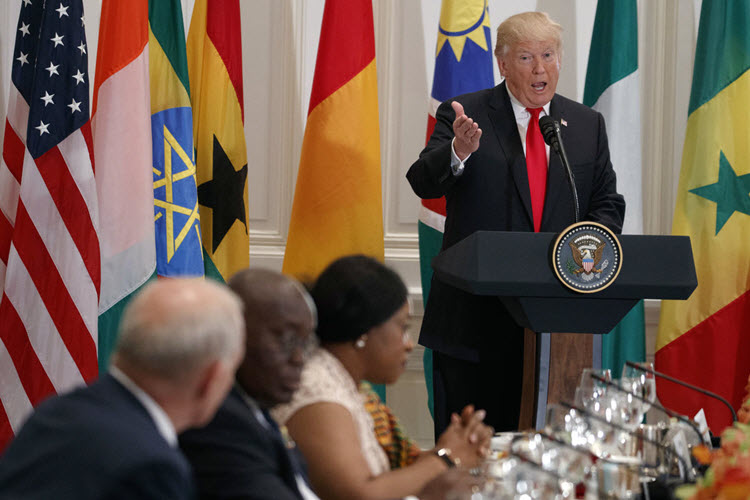 London, 21 Sep – Donald Trump has said that he’s made up his mind on the future of the 2015 nuclear deal with Iran, but has refused to elaborate.

His latest comments come one day after a meeting between US and Iranian officials on Tuesday and one day after Trump addressed the UN and criticised the nuclear deal as “an embarrassment to the United States” and “one of the worst and most one-sided transactions” that the US has agreed to.

Throughout the 2016 presidential campaign Trump was heavily critical of the nuclear deal, officially known as The Joint Comprehensive Plan of Action (JCPOA), between Iran and the P5+1 countries (the US, the UK, China, France, Germany and Russia) but has yet to announce plans to leave the deal.

Trump has roughly three weeks until he must certify whether Iran is complying with the nuclear deal or not, on October 15.

Although he has already certified them twice so far this year, it is believed that he only did that in order to keep the peace while finalising US policy on Iran.

Vice President Mike Pence has told the UN Security Council that Iran was violating at least the intentions of the agreement.

He said: “The world’s leading state sponsor of terrorism continues to flout the spirit of the Iran Deal, destabilizing the region and brazenly threatening the security of sovereign nations.”

On Wednesday, Iranian President Hassan Rouhani vowed during his own speech that the Iranian Regime would “respond decis¬ively to its violation by any party”. He also criticised Trump’s comments that Iran is “an economically depleted rogue state whose chief exports are violence, bloodshed and chaos,” but failed to offer any evidence to contradict Trump.

While Rouhani was addressing the UN, thousands of protesters gathered outside to criticise the UN for welcoming a terrorist and a murderer to address them, call for a UN-led investigation into the 1988 Iranian massacre and showcase the Iranian people’s called for a democratic country led by the president-elect of the Iranian Resistance Maryam Rajavi.

They dressed up in grotesque costumes of Rouhani and Iran’s Supreme Leader Ali Khamenei to highlight the grim character of the mullahs, chanted “Rouhani. No, no, no. Rajavi, Yes, yes, yes” and “Free, Free Iran”, and staged a play about the Iranian massacre in silence to illustrate the world’s silence on this vile crime.

AFP: Iran will soon resume uranium enrichment and will...