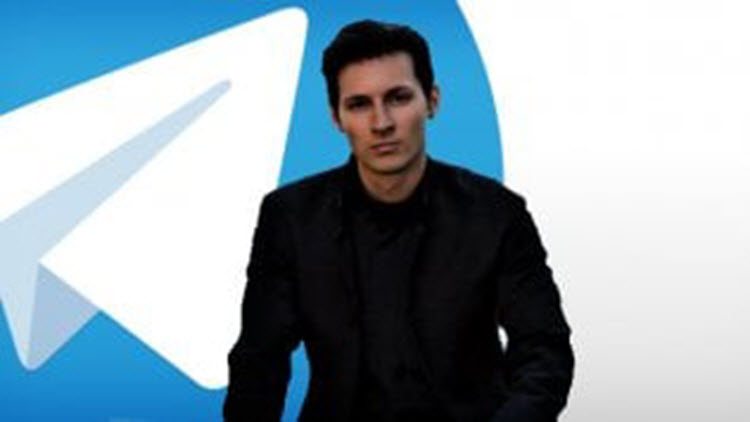 London, 27 Sep – The Iranian Regime has filed charges against the CEO of the encrypted messaging app Telegram.

Tehran’s prosecutor, Abbas Jafari Dolatabadi, claimed that Telegram is popular with the so-called Islamic State, child pornographers, human traffickers and drug smugglers, which is why they’ve levied charges against CEO Pavel Durov, who lives in Russia.

Durov tweeted his surprise at the charges.

He said: “We are actively blocking terrorist and pornographic content in Iran. I think the real reasons are different.”

Indeed, it generally doesn’t go across too well with the ordinary citizens if you admit that you are going to war with an app in order to spy on them, so the Regime used a bogeyman in order to cover up their real intentions.

The Telegram app is used by millions of Iranians use to make sure that the Regime is unable to access their private conversations.

Among the people who need this kind of security are human rights activists, journalists, and members of the political opposition who are routinely targeted by the Regime. If the Regime were able to determine their meeting places from the app, then it could seriously endanger their lives.

These brave people use the app to spread the truth about the Regime, to document their human rights violations, expose their support of terrorism, and showcase their pursuit of nuclear weapons, because it is the safest method of communication they have.

The Regime attempts to paint them, as well as anyone who asks questions about the Regime’s motives, as a security threat. The only threat these people pose is to the mullahs’ stranglehold on Iran and its people.

Back in July, Iran’s Deputy Attorney General Abdulsamad Khoramabadi and Deputy Minister of Communication, Mohammad Javad Azari Jahromi alleged that some 40,000 Telegram channels were actively working against the Regime.

They then complained that Telegram was not blocking these channels- even though Telegram was under no legal obligation to- and said that two-thirds of cyberspace was dedicated to criminal activity.

The mullahs have many problems with its people using the internet, which is why they block so much of it. They don’t want their people to read news which is critical of the Regime or to see that it isn’t like this elsewhere in the world or to see that there is international support for the Resistance forces, but the people don’t need the internet for that; they already know it in their hearts.

As Durov does not live in Iran and the charges are too vague for any sort of extradition order, it seems unlikely that Durov will ever face trial. This was more likely a move by the Regime, designed to turn the Iranian people against Telegram.

US and UK fail to find smoking gun

The Guardian: Although British and US military and diplomats...