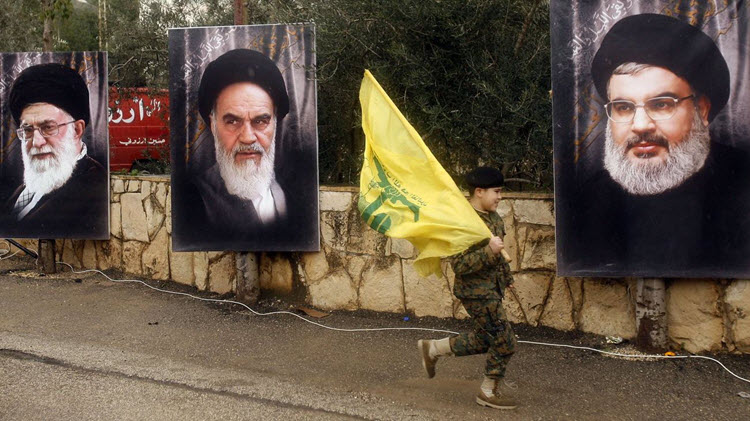 London, 27 Sep – Hezbollah, the Iranian-backed terror group, recently angered the Iraqi government by arranging the safe transport of hundreds of ISIS fighters across Syria from the Lebanon border to the Iraqi one.

This was seen by Iraqi Prime Minister Haidar al-Abadi as an effort by Hezbollah Secretary-General Sayyid Hassan Nasrallah to undermine Iraq’s efforts to tackle both the ISIS threat and the Iranian one.

However, it was not the first time that something like this happened, nor would it be the last.

While the US is distracted by the North Korean threat, Hezbollah has begun training Iraqi militiamen in Lebanon to fight on behalf of the terror group.

This is nothing new and has been happening for the past two years at least, but now the Shiite fighters are not being sent to battlefields in Syria and Yemen; they are remaining with Hezbollah in Lebanon after being trained by the Iranian Quds Brigade, a special branch of the Regime’s Revolutionary Guards (IRGC).

Legally, the Iraqi militias should still be answering to Abadi but their current actions are not in line with the government of Iraq. Abadi did not send his troops to Lebanon, especially considering the ISIS threat; the Iranian Regime, who still has actual control over the militias, ordered them instead.

Well there are three main reasons, as explained by Huda al-Husseini on Track Persia.

First, it will be harder for Abadi to drive Iranian influence out of his country if his troops are abandoning him for the Regime and he still has to fight ISIS.

Second, Hezbollah lost around 1,500 fighters and a lot of money in the Syrian Civil War, where they fought on behalf of Iran. This may be seen as the Iranian Regime’s attempts to sure up their forces again by providing extra troops.

Back in June, Nasrallah claimed that in his time of need, Shiite fighters from across the world would join Hezbollah and that he could rely on Iran to protect them.

Husseini wrote: “[Iran] is willing to do what it takes to strengthen its control over the Middle East all the way to the Mediterranean Sea.”

Third, it will help to undermine Lebanese sovereignty by increasing the numbers of those who do not support the government and make it easier for the Iranian Regime to destabilise the country and take more control.

One thing is for sure, no matter what the reasons, the Iran-backed Hezbollah is not going to stop.

Husseini wrote: “Truth is Nasrallah does not make empty threats. He first tests the circumstances, and he also does not quit what he’s doing as he counts on others to eventually give up and submit.”

By Pooya Stone A Tehran Revolutionary Court has upheld...