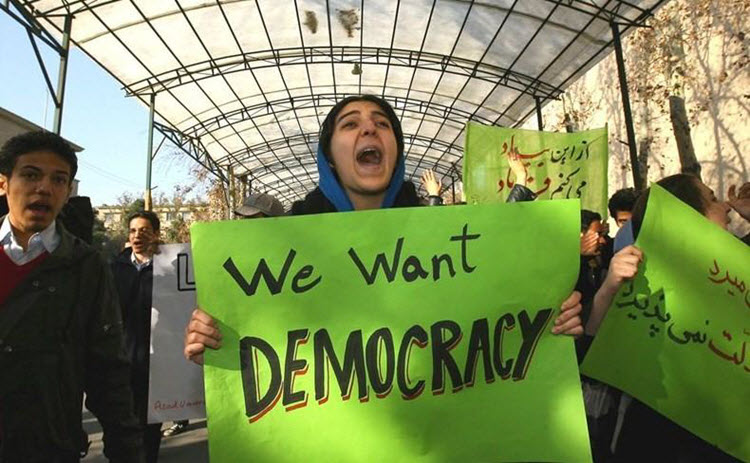 London, 3 Oct – While regime change in a rogue state may be preferable to all (accept the dictators themselves, of course), there are numerous cases of it being forced upon a nation by the US and ending badly; so what can make regime change smoother?

The Cipher Brief analysts Levi Maxey and Fritz Lodge compiled a report into regime change, particularly in the now-pressing cases of the Iranian Regime, “which seeks to extend its growing influence throughout the Middle East and tug at the threads of its nuclear deal with the West by pushing its ballistic missile program forward”, and the North Korean Regime “and its nuclear weapons programme”.

In this piece, we’ll be primarily focusing on Iran.

The problems with forced regime change

In this report they cite many examples of regime change forced by the US which did not go as planned, including Afghanistan, Iraq, and Libya.

They wrote: “This kind of external regime change has often resulted in failure and disappointment. Even when the foreign regime is successfully overthrown – often not the case – the result has consistently been civil war or insurrection, not a democracy.”

They also address the 1953 coup in which the US replaced Iran’s elected Prime Minister Mohammad Mossadegh with the Shah Mohammad Reza Pahlavi over fears of Mossadegh’s connections to the Soviet Union. This changed Iran’s view on the US and led to the eventual overthrow of the Shah in 1979 and the rise of the Iranian Regime, which poses a grave problem now.

Part of the problem with the coup is that the covert nature does not allow the country to have a hand in its own recovery and assist in the transfer of power.

Robert Richer, the former Associate Deputy Director of Operations at the CIA, said: “Unfortunately, many times covert action toward regime change has been defined historically as change for change’s sake. That is a problem.”

So, what can be done to give regime change to the people of Iran, without pushing the country into civil war?

Maxey and Lodge wrote:”Only overt military intervention and long-term occupation backed by an enduring political will at home to see the job through can give the U.S. the access it needs to effectively rebuild the political order it seeks to establish.

Even then, by the very nature of foreign military occupation such efforts often fail, despite massive reconstruction and development assistance.”

Well the Iranian people already provide the political will to overthrow the violent regime with the support of the US, and although history has taught us that the peaceful transition of power in these cases is difficult, it has also taught us how to deal with it by, for instance, keeping a United Nations peacekeeping or a coalition military occupation in the country in order to deter violence from the Iranian Regime while the new government is put in place.

James Jeffrey, the former U.S. Ambassador to Iraq and Turkey, said: “Security and the deterrence or defeat of local violence and incipient insurgency is the first priority of any reconstruction or nation-building effort. Without security, the effort is physically undercut by attacks on local leaders, infrastructure, and economic activities – the building blocks of state building and reconstruction – and politically, by demonstrating incompetence and a potential lack of commitment. Only the outside military force itself can, initially, provide that.”

So, in order to effect regime change in Iran, the US needs to support the legitimate, popular, political opposition, provide them with some sort of foreign military help during the transitional period, and give the new government the tools to maintain power after the US withdrawal. It may be hard but it will be worth it.

By Jubin Katiraie The US vowed to eliminate in...