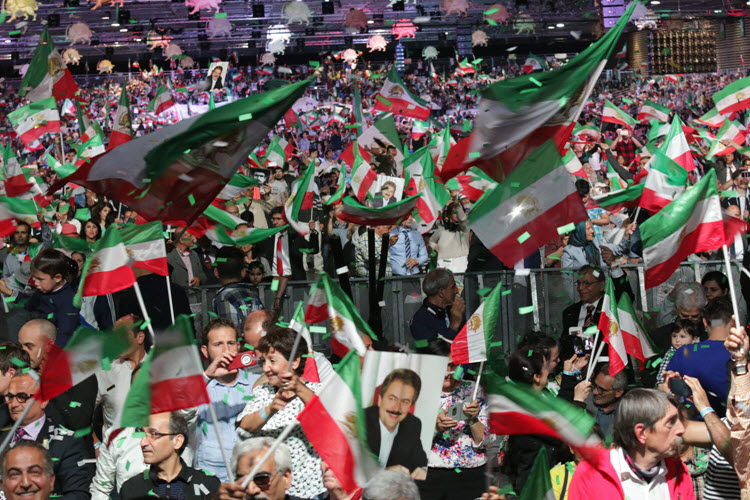 London, 3 Oct – When the international community ignores the Iranian Regime’s crimes against humanity, it is just strengthening the mullahs, according to one prominent member of the Iranian Resistance.

Soona Samsami, the US representative for the National Council of Resistance of Iran (NCRI), wrote an op-ed for The Hill discussing the Iranian Regime’s gross mistreatment of their own people and how this how been allowed to continue- with barely any criticism from other nations- since the first days of their rule.

Most recently, Samsami notes, is the case of the 22 political prisoners in Gohardasht Prison, Karaj (just west of Tehran), who went on a 40-day hunger strike in response to their treatment by the Regime.

They weren’t even protesting the regular bad treatment that all prisoners of conscience receive at the hands of the mullahs but the new, harsher treatments that they had been subjected to.

Samsami wrote: “Their health deteriorated; international intervention was literally non-existent, limited to a few expressions of concern, but no practical measures to compel the Iranian regime to stop its inhumane treatment of prisoners of conscience.”

Indeed, this hunger strike was a microcosm of the human rights crisis- caused by the Regime- that is plaguing Iran.

Samsami wrote: “There is an underlying need to use this situation, and the many others like it, as a jumping-off point to call international attention to the horror of conditions in which Iranian citizens might find themselves confined for years without ever having committing anything that the world would recognize as a crime.”

As mentioned above, the crimes of the Iranian Regime did not begin and end with this most recent mistreatment of political prisoners. If you scratch the surface just a little, you will see that this abuse, international ignorance, and desperate attempts to hide the truth is on form for the Regime.

Samsami wrote: “Meanwhile, Iranian citizens and human rights activists are increasingly calling for the perpetrators of massacres, past and present, to be brought to justice. Social media has become increasingly effective at circumventing the regime’s restrictions on free expression, but people are still routinely charged with crimes, even capital crimes, on the basis of something an intelligence agent found them saying on a banned platform like Facebook or Twitter.”

Even as Rouhani addressed the UN, many delegates had read an article published that morning in the Wall Street Journal, where a young Iranian political activist and former political prisoner spoke about the Regime’s 1988 massacre of 30,000 political prisoners, primarily members of the main opposition movement, the People’s Mojahedin Organization of Iran (PMOI or MEK).

This massacre, known as “the summer of blood”, was an attempt to exterminate political opposition with so-called trials that lasted barely enough time for each activist to state their name.

The Regime has systematically attempted to hide evidence of the massacre (destroying mass graves, refusing to tell families what happened) but as the young activist noted, “How could their families possibly forget?”

Samsami wrote: “The National Council of Resistance of Iran (NCRI), among others, has repeatedly called for an international inquiry, as the first step toward bringing charges against the key players for crimes against humanity.”

Indeed, UN Secretary-General Antonio Guterres recently acknowledge the need for an investigation but has yet to do anything practical to achieve it. Thus the Iranian Regime appears to be getting away with it again.

Samsami wrote: “As the United Nations Third Committee drafts its new resolution censuring human rights abuses in Iran, it should include a paragraph calling for the formation of an independent commission of inquiry into the 1988 massacre, with the aim of bringing the perpetrators to justice.”

This way, the Regime would know that their past crimes are not being ignored and that they will face justice.

The Iranian Resistance, who protested outside the UN during Rouhani’s speech and who protest every day in Iran are demanding justice and the international community should meet this.

AP: The U.S. is seeking information from Iran about...