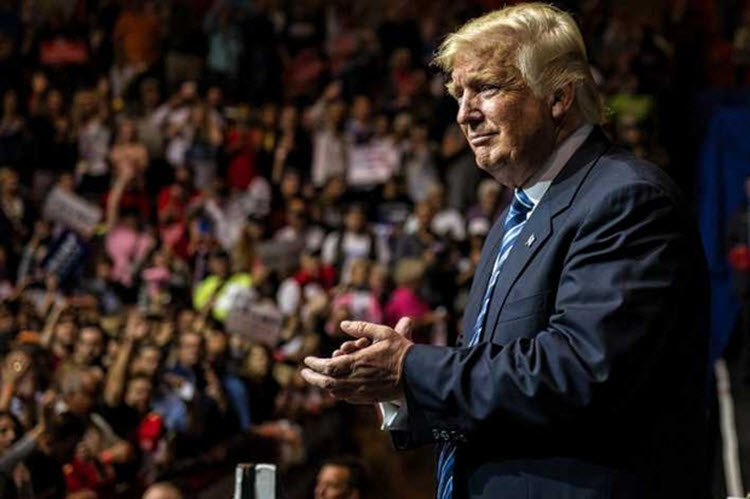 London, 20 Oct – Last week, Donald Trump turned US policy on Iran completely on its head with his speech addressing the Iranian Regime’s long history of aggressive behaviour towards America, starting with the 1979 US embassy seizure and hostage crisis.

It wasn’t just his decertification of Iran’s compliance with the nuclear deal but his acknowledgement of the dangers that the Iranian Regime posed to their own people and the world at large that made his speech quite so revolutionary.

Trump’s speech was designed to show the world the deep divide between the authoritarian, theocratic Regime and the secular, multiethnic and pro-Western people of Iran before he moved on to the threat posed by Iran in terms of its ballistic missile program, support of terrorism, and destabilisation of the Middle East.

Trump, an ardent critic of the nuclear deal, put the Regime’s offences against their own people before their breaches of the nuclear deal in the decertification speech. This ensured that Iran would no longer get a free pass for the abuse of their people.

Indeed, European, Chinese and Russian politicians may soon be arguing that they should follow in Trump’s footsteps.

Now that Trump has given Congress the chance to vote on international sanctions against Iran, thereby giving them the choice that they didn’t get in 2015, there are many options for the US to counter Iran.

If economic sanctions are reintroduced, it could pull the Regime to their knees and back to the negotiating table. The Trump administration has suggested many improvements that could be made to the nuclear deal, such as expanding inspections of nuclear sites to guarantee compliance and cancelling the sunset clause that allows Iran to obtain nuclear weapons in less than a decade.

However, there might be problems with an improved nuclear deal because it still won’t require Iran to dismantle its nuclear installations, get rid of its enriched uranium, and most importantly it won’t get rid of the Regime.

The Iranian Regime is the root of all troubles in the Middle East and an improved nuclear deal won’t stop them. They will still pose a threat to international security whilst they remain in power.

So what should be done about that?

Caroline Glick, the Director of the David Horowitz Freedom Center’s Israel Security Project, wrote on Front Page: “A wider strategy would target Iran’s regional aggression by weakening its proxies and clients from Hezbollah and Hamas to the regimes in Iraq, Yemen, Syria and Lebanon. It would target the regime itself by empowering the ayatollahs’ domestic opponents. It would pin down Iranian forces by arming and otherwise assisting the Iraqi Kurds to defend and maintain their control over their territory along the Iranian border while strengthening the ties between Iranian Kurds and Iraqi Kurds.”