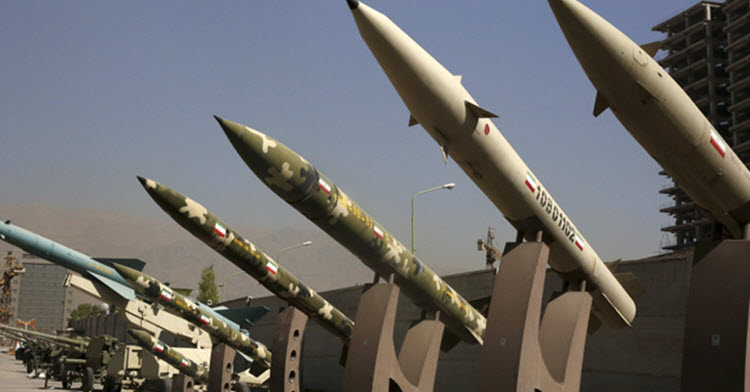 London, 20 Oct – Mere days after Donald Trump decertified the Iranian nuclear deal and passed the issue of whether or not to re-impose sanctions to Congress, people are wondering where we should go from here.

As of yet, Trump has not said that he would walk out on the agreement between Iran and six world powers and it seems likely that it will stay in place.

However, there are options available to restrain the Iranian Regime. First off, Congress could renew economic sanctions which would bring the Regime to its knees and back to the negotiating table.

There are some who deny that the Iranian Regime has broken any rules but they may well have broken the biggest rule of all.

Iran has been refusing to allow the U.N.’s International Atomic Energy Agency (IAEA) to inspect all of their suspected nuclear sites meaning that the organisation had to say that they couldn’t confirm Iran’s compliance.

Jay Ambrose wrote on The Virginian Pilot: “If you can’t verify what Iran is doing, the deal begins to lose what little meaning it ever had. Iran could have nuclear weapons soon because detection and immediate reaction are crucial, and here’s what could be going on at those bases: prohibited activities to develop devices of a kind that could make cities or much of the nation of Israel go poof in minutes.”

This refusal goes against the very tenants of the Iran deal which notes that inspectors should be allowed to inspect any areas that they determine of importance, and Barack Obama’s promise that the IAEA “will have access where necessary, when necessary”.

Even European countries, who like the trade deals brought by the nuclear pact agree that the IAEA should be able to thoroughly inspect suspected nuclear sites.

It’s not as if this is isolated. Here are just some nuclear-related violations from the Iranian Regime:

• They’ve been openly testing ballistic missiles- which may someday soon carry nuclear warheads- in violation of the UN Security Council resolution which surrounds the deal for almost two years now.

• They’ve been caught twice going over the limits for heavy water- a material used to make nuclear weapons.

• They’ve even been caught trying to buy prohibited nuclear technology from Germany.

Aside from these nuclear violations, the Iranian Regime has also made a habit of harassing the ships of the US and its allies in the Persian Gulf, financing terrorist groups, and taking US citizens (both military and civilian) hostage.
All in all, the deal needs a revamp or to be scrapped.

Reuters: A court detained the head of a banned...

Iran sees oil price at $150 per barrel by end-summer