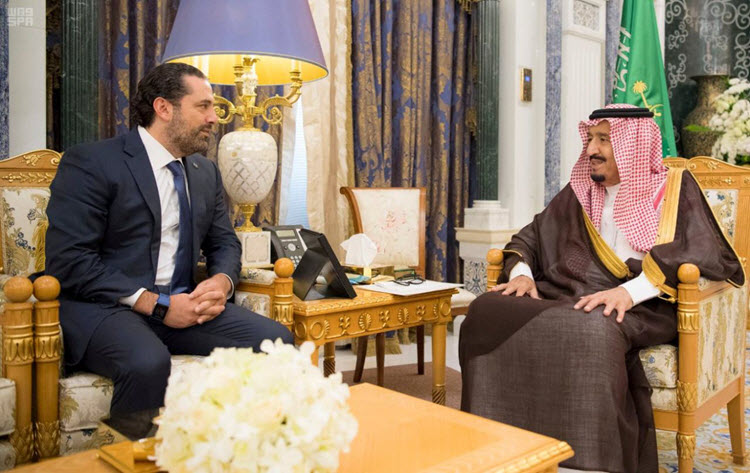 London, 10 Nov – The Secretary-General of the Iran-backed Hezbollah terrorist group is blaming Saudi Arabia for the shock resignation of Lebanese Prime Minister Saad al-Hariri this weekend with no actual evidence to back up his claims.

Hassan Nasrallah claimed that Hariri has been arrested in Riyadh, even claiming to be seriously worried about Hariri’s safety and calling upon Saudi Arabia to “give us back our prime minister”.

This is, of course, designed to detract attention from the reasons that Hariri actually gave for his resignation in a speech on Saturday from Saudi Arabia.

Hariri said that he feared that the Iranian Regime and Hezbollah were going to assassinate him, as they did to his father in 2005, when under the orders of Mustafa Badr al-Din.

Hariri has since visited Abu Dhabi where he also spoke publically, adding to the evidence that he is not under arrest.

This blatantly false claim is just more evidence of how the Iranian Regime and its proxy terror groups will twist the facts to suit their agenda.

Tired of Saudi Arabia’s attempt to confront their expansionism, terrorism, and destabilisation of the Middle East, the Iranian Regime would likely order the assassination of the Saudi’s Lebanese ally Hariri, and if he found out and went public, they would pretend that he had been abducted and forced to disparage them publically. It’s a win-win situation for them.

Former managing senior editor for Asharq al-Awsat and presenter on Al Arabiya, Mashari Althaydi, wrote on Al Arabiya that the coverage of this issues has been complex because of the various parties and their stories and argued that journalists should seek clarity.

He said that Hariri’s resignation stripped Hezbollah of its legitimacy within Lebanon and that Hezbollah, not wanting to admit this, was forced to turn to these comments.

There are many ways in which Saudi Arabia has attempted to confront the Iran-backed Hezbollah (and Iran in general) and they have even brought in help from the US, but Iran is refusing to stop.

Althaydi argues that Saudi Arabia should not be blamed for confronting Hezbollah and the Iranian Regime because someone has to.

He wrote: “Sunni terrorism and Shiite terrorism are the same, al-Qaeda, Hezbollah, the Houthis, and the Iraqi sectarian gangs [all with links to the Iranian Regime]. Can Saudi Arabia, the UAE and Bahrain, for example, be blamed if they intend to adopt policies and take steps?”

Iranians Call for Dissolution of IRGC

Iran has impounded tens of thousands of cars since...