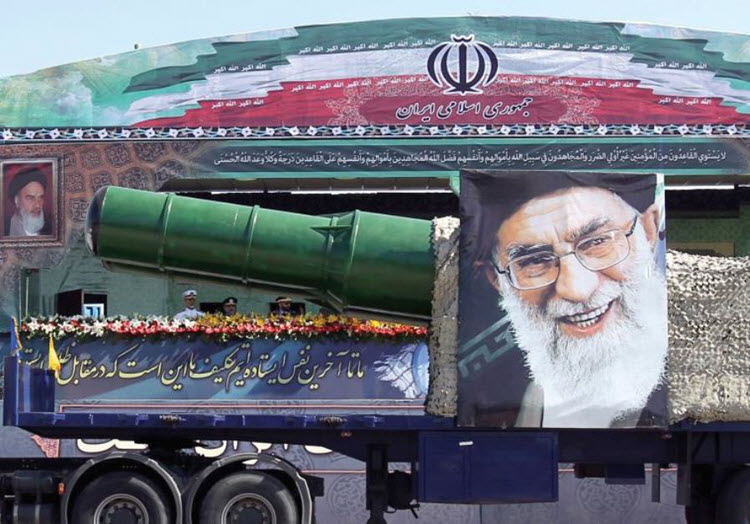 London, 9 Nov – Last week, the CIA released nearly half a million al-Qaeda documents that had been seized during the 2011 Navy SEAL raid on Osama bin Laden’s Pakistan compound; many documenting the clear link between the terrorist cell and the Iranian Regime.

The 2011 mission, hailed as a success for eliminating Bin Laden and the uncovering of an incredible amount of intelligence on the terrorist group, is now being heavily questioned because the US failed to address the highly concerning relationship between Iran and terrorism before the 2015 nuclear deal was put in place.

At the time, the US released just a few hundred of the over 470,000 files. While the vast majority contained no national security concerns, many were classified as they contained intelligence about al-Qaida and its allies, including Iran.

While Steven F. Hayes at the Weekly Standard argues that these should have been released because al-Qaida already knew that the documents would have been taken during that raid and the US wouldn’t be revealing its hand, there is no real point in revealing information to the public about terrorist activity that might have taken place if the plans hadn’t been uncovered and al-Qaida wasn’t forced to adjust their plans. That would only increase public fear.

However, it is unnerving that in 2015, the US and five other world powers (the UK, France, Germany, Russia, and China) would agree on a nuclear deal that didn’t address Iran’s clear links to one of the world’s most-feared terrorist groups.

The Iranian Regime provided funding and training to al-Qaida in the early 1990s, teaching them how to launch terror attacks that would later lead to the 9/11 attacks on the World Trade Centre and the Pentagon.

In the lead up to 9/11, the Iranian Regime allowed al-Qaida members to travel across their borders several times with no (or false) documentation. Then, after the US invasion of Afghanistan, the Regime sheltered high-ranking al-Qaida members from the authorities. It is believed that the Regime wanted to bribe the US into stopping protection on Iranian Resistance members in Iraq but the US refused to.

All of this was in one 19-page report found in the raid, while another letter described Iran as the “main artery” for al-Qaida.

How then could the US- and the other world powers if they knew- justify not addressing the Iranian Regime’s links to terrorism in the nuclear deal? The Iranian Regime would hardly end its support for terrorism based on the death of one terrorist leader.

Islamic vigilantes assist police in cracking down on dissent

Lawyer: Iranian in Italy arms probe out of jail

AP: A lawyer for an Iranian journalist jailed in...