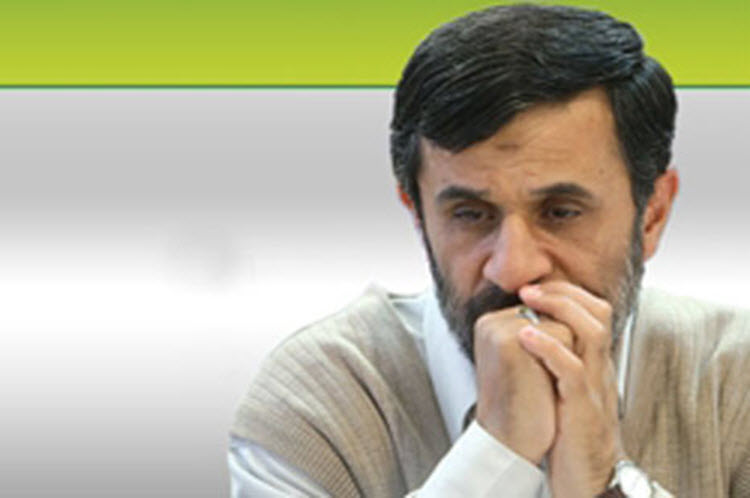 London, 8 Dec – In yet another clash between the rival factions of the Iranian Regime, the deputy speaker of the Iranian parliament has declared former President Mahmoud Ahmadinejad and his supporters “not worthy enough” to be considered the opposition and referred to them as a “cult”, on December 6.

Ali Motahari said: “They do not have the necessary calibre to even be considered the opposition.”

In the same interview with Iran Students News Agency (ISNA), Motahari also called for Ahmadinejad to have a public trial for his embezzlement charges.

He referred to them as members of the “Basketist Cult”, after Ahmadinejad’s former deputy for executive affairs, Hamid Baghaei, attended a court hearing with a red basket full of documents.

There are currently several pending cases, mainly in relation to alleged financial impropriety, against Ahmadinejad in the Judiciary but as of yet, no action has been taken.

Ahmadinejad’s former chief of staff, Esfandiar Rahim Mashaei, has accused the judiciary of becoming a tool used by certain groups within the Regime to crush opponents and critics. This is certainly true- the Regime regularly imprisons, tortures, and executes political activists and journalists- but it is telling that Mashaei only criticises this when it turns against one of his colleagues.

Mehdi Mahdavi Azad, a self-exiled Iranian journalist, explained that Ahmadinejad is trying to present himself as different from the Regime in hopes of gaining support from the Iranian people, who vastly despise the mullahs but that in reality, this attempt is being seen as opportunistic rather than genuine.

He said: “Ahmadinejad is trying to represent himself and his school of thought as a new voice protesting the current situation in Iran. He is trying to distance himself from the ruling system while attracting dissident parts of society who are enraged by [Supreme Leader] Ali Khamenei and the head of the judiciary’s actions.”

Mahdavi Azad said that the real reason Ahmadinejad was attacking the judiciary is that they are currently prosecuting his closest allies and will soon go after him.

There is no reason for the outside world to paint this as a battle between hardliners and moderates- there are no moderates in the Iranian Regime- it is merely a fight for ultimate power.

Khamenei, a long-time supporter of Ahmadinejad, is dying from terminal cancer and his successor will have unrivalled power in Iran. He has supposedly distanced himself from the warring factions- which is why Motahari feel confident in attacking Ahmadinejad- but is likely still protecting his ally from prosecution.

There can be no clearer example that the warring factions do not differ politically, than the so-called justice department preferring to criticize the former president rather than legally charging him. If he is guilty of the charges, he’d hardly be the only Regime member and his prosecution could bring the whole thing crashing down.

London, 17 Aug - An Iranian Resistance group has called on...

U.S. is offering deals on trade to entice Iran