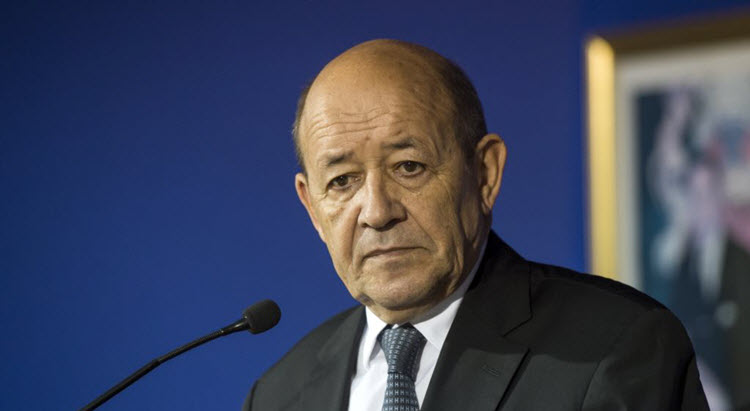 London, 14 Dec – The French foreign minister said that Iran is seeking to create an axis of military and political influence in the Middle East.

Jean-Yves Le Drian said, in an interview with France 2 television, that IRan is attempting to build a Shiite Crescent from Iran to the Mediterranean Sea- through Iraq, Syria, and Lebanon.

He said: “The Iranian presence and the desire to make an axis from the Mediterranean to Tehran, [I say] no. There is a Syria that needs to exist free [from foreign powers and influence]”.

Le Drian explained that Iran should be working with the United Nations to achieve peace in Syria instead of expanding its military presence in the region.

He said: “The main actors in this affair are Russia and Iran. They need to use their weight to lead a political solution with the other members of the [UN] Security Council.”

This issue has previously been brought to light by many Arab leaders who cite that Iran has been working towards the goal of a Shiite Crescent by sending terrorist militias (which recruited refugee children) and military advisors into both Iraq and Syria.

The US and Israel have also raised the issue of Iran’s foothold in the Middle East, when it came to Iran arming the terrorist groups Hezbollah in Lebanon and Hamas in Palestine; both of whom seek the destruction of Israel.

Previously, Le Drian has said that Iran has “hegemonic” intentions for the Middle East and Iran responded by calling France “biased”.

Le Drian stated that Iran and Russia are responsible for propping up the Bashar Assad dictatorship in Syria, with Iran having provided troops and training to Assad’s forces for years.

Given Assad’s recent victories over the democratic opposition forces, Vladimir Putin announced a partial withdrawal of Russian forces from Syria last week but Iran has made no such promise.

Instead the Iranian mullahs insisted on retaining their influence and presence in Syria and elsewhere.

Le Drian criticised that stance, noting that Syria is not in Iran.

He said: “Syria must become a sovereign state again and that means [being] independent of the pressure and presence of other countries.”

This call for Iran to stop meddling in Syria comes just a week after a summit of Western powers called on Iran and Saudi Arabia to stop interfering in the affairs of Lebanon.