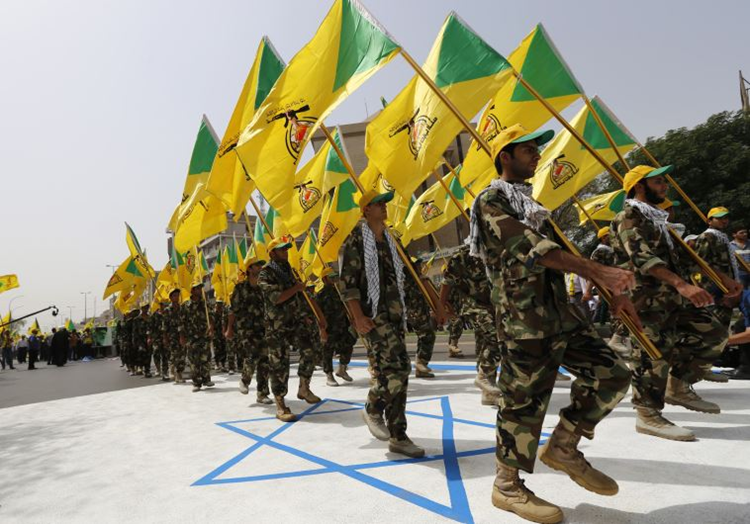 The White House said: “Over time, we believe that by denying Hezbollah political legitimacy, it will lose the support of the Lebanese people.”

This was a big change in policy, but does it go far enough?

Thanks to 40 years of appeasement in the West, Iran has been emboldened to attack the sovereignty of other nations in the region and now it has at least a certain amount of control in Iraq, Syria, Yemen, and Lebanon through proxy groups working under the Iranian Revolutionary Guard Corps (IRGC).

As a result, any attempt to prevent Iran’s dangerous destabilisation is met with harsh words and actions by the mullahs but this approach doesn’t have enough substance to it.

Tony Badran, a research fellow at the Foundation for Defense of Democracies, wrote on the Hoover Institution: “Such woolly ideas, heavy on hopefulness over the indefinite long-term and light on specific and credible mechanisms, make for an inadequate response to the nature of the challenge facing the United States and its allies in the region. Moreover, the concept behind this approach is inherently flawed.”

He explained that Hezbollah is a fundamental part of the Lebanese state, with a large political party in the coalition government. You cannot support legitimate state institutions without supporting Hezbollah because they control so much of the country, which makes political competition and information campaigns insufficient methods of tackling the problem.

He wrote: “It’s not just that the political class in Lebanon is entangled with Hezbollah, or that it wouldn’t be able to unseat Hezbollah from its position of absolute supremacy. It’s also that Hezbollah is a special unit of the IRGC—a military force which is part of the command structure of a regional power. Hezbollah is not playing by different rules: it’s playing a different game altogether.”

The indirect approach- whereby the US does not directly confront Iran and its instruments- does not work. Twelve years of this policy in Lebanon is actually how Hezbollah managed to take control.

If the US wants to remove Iranian influence (and thereby Hezbollah) from Lebanon, Badran advises that they focus on Syria.

He argues that the IRGC and Hezbollah directly control territory, command local IRGC franchises, and have built military infrastructure in Syria; the Lebanse border is controlled by Hezbollah and the area between Damascus, south Lebanon, and the Golan Heights by Iran.

Badran wrote: “The Iranian forces are vulnerable. They are overstretched and, in certain cases, they are operating in exposed terrain. The new military structures they are building are equally exposed… The United States should reinforce this Israeli policy by adopting Israeli red lines as its own. And, using the considerable elements of US power in the region, it can expand this campaign against Iran’s and Hezbollah’s military infrastructure, arms shipments, logistical routes, and senior cadres.”

Telegraph: Abdullah Hamid al-Hayali is a man waging a campaign...