The Many Causes of the Iranian Protests 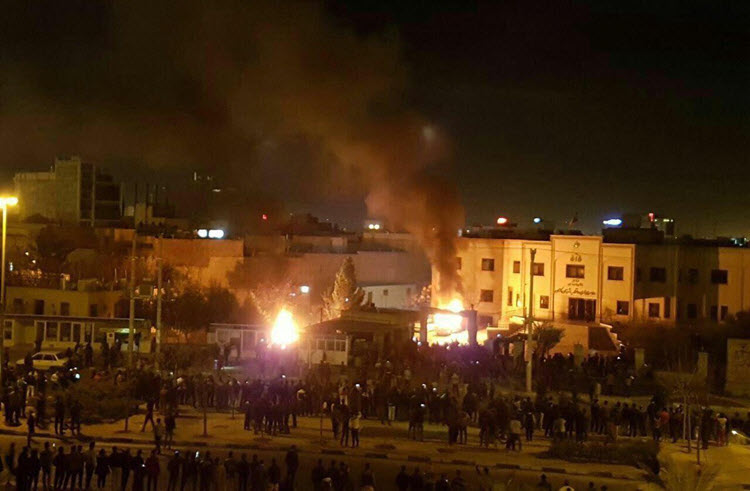 London, 8 Jan – There are many things that have paved the way to the Iranian protests from the Regime’s inadequate reaction to the November earthquake which left 30,000 homeless to the severe cuts made in the Regime’s latest budget proposal to the massive hike in basic food products, but at the centre of it all is corruption and abuse by the Iranian Regime.

Majid Ahadi, a 25-year-old mechanic, took to the streets on Friday, December 29, to protest endemic corruption and mismanagement.

He said: “You hear about one thing or another sparking the demonstrations, but it wasn’t a single thing – it was a perfect storm. There was so much pressure on the people, it just exploded.”

He explained that, while food like eggs has more than doubled in price, this would not be a problem if the good jobs that were promised by Rouhani had arrived. Currently, 40% of young people are unemployed.

These protests, which began spontaneously in Kermanshah and Mashhad, are mainly populated by the working-class, whose needs are consistently ignored by those in power and who have been most affected by the Regime’s bankrupting of the country.

Not only has Rouhani failed to deliver on jobs and investment during his tenure; he has also continued ploughing public funds into regional conflicts and terrorist groups as part of the Regime’s bitter rivalry with Saudi Arabia. The most recent budget increased military funding by almost 20%, whilst increasing fuel prices and ending cash subsidies.

Ahadi explained: “Iran is not a poor country, but its national wealth is going to Hizbollah in Lebanon, Hashd al-Shaabi (Popular Mobilisation Forces) in Iraq and the Houthis in Yemen.”

Increased access to technology has exposed the corruption of the Regime, shown the relative freedoms enjoyed in the West, and allowed better communication between the protesters.

As a result, the Regime has restricted access to the internet and blocked certain social networks in order to quell the protests but many citizens are circumventing this through virtual private networks (VPNs).

She said: “These current protests are big… Protesters are taking to the streets in cities and provincial towns that we haven’t heard from since the 1979 revolution. They are also leaderless, which makes pointing fingers especially hard to do, unlike 2009 when the Green Movement leaders were blamed and later put under house arrest. It makes it harder to stamp them out.”

The People’s Mojahedin Organisation of Iran (PMOI), an exiled opposition group, has welcomed the protests and called for the fall of the Regime.

Activist Mohammed said: “This is the group’s slogan: protest at any time, at any place. We have helped come up with times and meeting places for people to gather. Don’t think this will go away, that people will give up. It will have ups and downs but it is certainly not the end as the Revolutionary Guard claims.”

She said: “As long as the government doesn’t address the concerns of its citizens, their anger will continue to bubble beneath the surface.”

The Guardian: Almost every country in the Middle East...