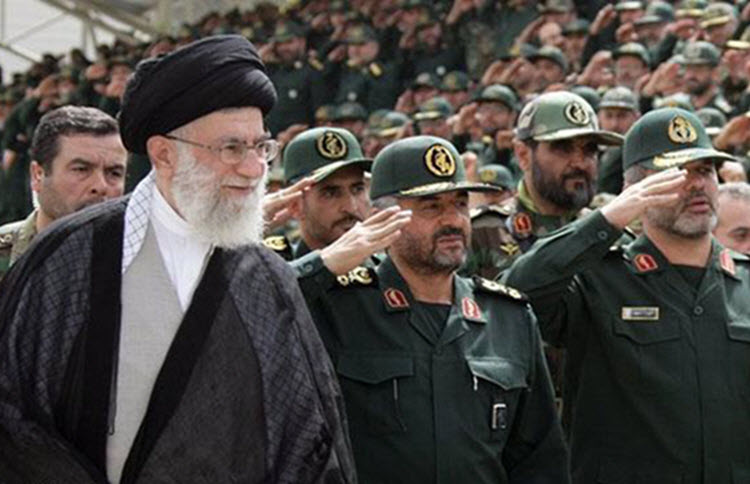 U.S. President Trump announced last year that it would be undertaking a maximum pressure campaign on the Iranian Mullahs because of its belligerence and terrorist activities that threaten peace and security in the Middle East. His administration has re-imposed crippling economic sanctions and has put restrictions on its oil exports.

The IRGC had, until now, been classified as a Specially Designated Global Terrorist (SDGT). However, the classification as an FTO is a step up. This now means that anyone supporting the IRGC will be exposed to U.S. criminal prosecution.

The IRGC was established in April 1979 just after the overthrow of Mohammad Reza Shah Pahlavi. Its role is to protect and enforce Iran’s revolutionary vision and Islamic system.

As well as being a military player, it also has huge stakes in the country’s political and economic systems. It also oversees the country’s nuclear and ballistic missile programs.

The IRGC is in charge of the religious volunteer group, the Basij Resistance Force, that enforces the domestic crackdown on dissent. It ensures that the people adhere to the strict and antiquated laws that are in place, such as the compulsory veiling of women, strict dress codes, banning of “Western” clothes and hairstyles, mixed-sex parties, consumption of alcohol, and so on. The Basij Force ensures that punishments are handed out to those it deems in violation.

The Qods Force is the extraterritorial branch of the IRGC and it is in charge of the foreign interventions. For decades, it has been involved in the regional conflicts, most recently in Yemen, Syria and Iraq. This is how the IRGC ensures that Iran’s influence is spread across the region and further.

So far, the European Union and the United Nations have failed to designate the IRGC as a terror entity, although they have blacklisted several members including commander Qasem Soleimani.

It is expected that this latest move by the U.S. will allow for further sanctions to be imposed. This will add further economic pressure considering the IRGC’s heavy involvement with the country’s economy.

Analysts say that the designation will greatly contribute to the fizzling out of numerous proxy groups and militias as their finances will dwindle away until Iran is no longer able to fund them.

It will also present other countries with the opportunity to distance themselves from Iran, especially the ones with the most to lose – Syria and Iraq.

In any case, the designation of the IRGC as an FTO is wholly justifiable and can only be positive. This is the first time that the United States has formally designated a foreign country’s military as a terrorist organisation. However, it is a move that is long overdue and will give other governments the opportunity to reflect on the move. The IRGC cannot be allowed to spread terrorism across the world without being held accountable.

By Jubin Katiraie In remarks that could easily be...