Mike Pence: Trump Will Not Be Silent on Iran 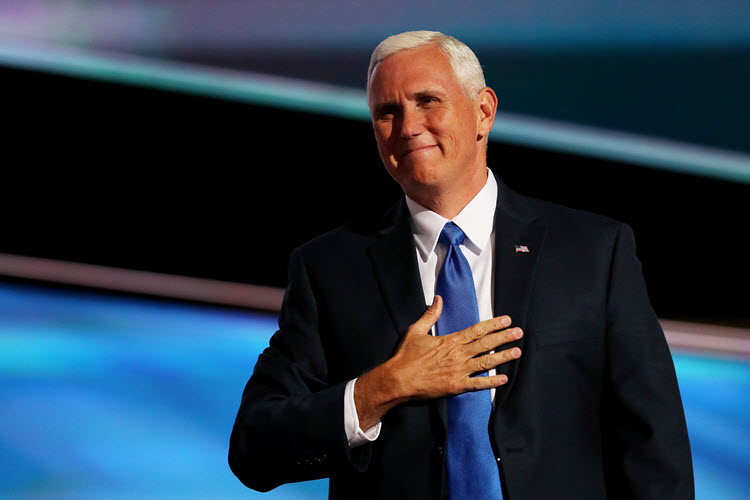 London, 8 Jan – The Vice President of the USA, Mike Pence, wrote an op-ed for Washington Post voicing his support for the Iranian people and stating that Donald Trump will not ignore the Iranian people’s cries for freedom.

Pence explained that during the 2009 Green Revolution- which was much smaller than the current protests- brave Iranians stood up to denounce a fraudulent election and demand an end to the brutal regime that suppressed them.

He wrote: “Those brave protesters looked to the leader of the free world for support. But as I saw firsthand as a member of Congress, [Barack Obama] the president of the United States stayed silent.”

This emboldened the Regime to react violently; killing dozens and imprisoning thousands.

Pence wrote: “The Green Revolution was ruthlessly put down, and the deadly silence on the streets of Iran matched the deafening silence from the White House. To this day, many Iranians blame the United States for abandoning them in their hour of need.”

Now that the Iranian people are once again rising up, Pence insists that the US will stand with them.

He cited Trump’s address to the UN, in which Trump said that the Regime’s days were numbered and again voiced support for the Iranian people, and said that Trump predictions were ringing true.

He praised Trump’s messages of support on Twitter, the assistance that the US will soon provide, and Trump’s decision not to certify Iranian compliance with the 2015 nuclear deal.

Pence wrote: “The United States has spoken clearly and unequivocally. Unfortunately, many of our European partners, as well as the United Nations, have thus far failed to forcefully speak out on the growing crisis in Iran. It’s time for them to stand up. The suppression of the Green Revolution in 2009 shows the disastrous price of silence. The president and I call on leaders of freedom-loving nations across the world to condemn Iran’s unelected dictators and defend the Iranian people’s unalienable right to chart their own future and determine their own destiny.”

He insisted that the US would stand with the people of Iran in their calls for freedom.

He wrote: “We stand with the proud people of Iran because it is right, and because the regime in Tehran threatens the peace and security of the world. That is the essence of American leadership, and as the people of Iran now know, the United States is leading on the world stage for freedom once again.”