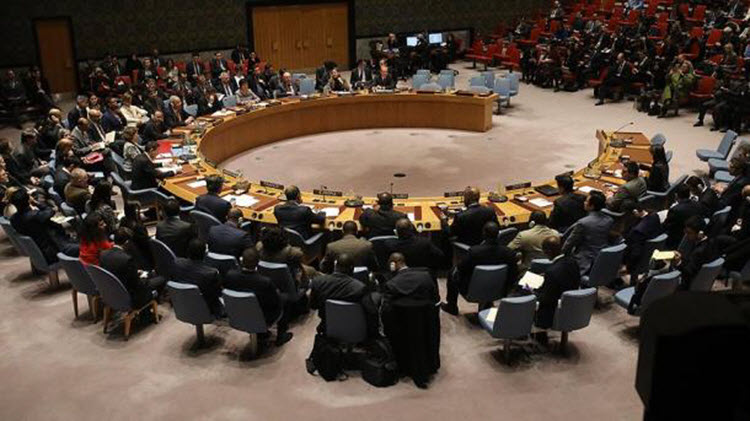 London, 9 Jan – The Iranian Regime is terrorizing its own people and too many countries are content to keep it going.

When the United Nations Security Council held an emergency session last week to discuss the protests against the Iranian regime, they failed to take action against the Iranian theocracy and instead focused on the irrelevant Iranian nuclear deal. They turned a blind eye to the cries of the Iranian people and for what reason?

This is not a new thing. The international community has consistently avoided challenging the Iranian Regime on its many issues; from the widespread protests to the nuclear and missile programme (and its links to the North Korean Regime) to state sponsorship of terrorism. However, one thing remains clear: If the Iranian Regime falls, these problems will disappear.

Much of the international attention on the Iranian Regime up until these protests – in which at least 50 people have died and 1,000 have been arrested- has focused on the weak nuclear deal (Joint Comprehensive Plan of Action). As such, many do not focus on the Regime’s support of Syrian dictator Bashar Assad, terrorist cells Hezbollah, the Houthis, and Hamas, and its intercontinental ballistic missile programme.

Lamont Colucci, associate professor of politics at Ripon College, wrote on US News: “Instead of focusing on the ‘comprehensive’ plan for action, there needs to be support of the Trump administration’s goal of a comprehensive Iranian policy.”

The international community has been both deaf and silent for far too long. They must hear the calls of the Iranian people.

Nikki Haley, the US Ambassador to the UN, who said: “The voices of the Iranian people should be heard. … Human rights are not the gift of governments. They are the inalienable right of the people themselves. Freedom and human dignity cannot be separated from peace and security.”

They cannot put the nuclear deal ahead of the threat that the Iranian Regime poses to its own people, and to the people of the Middle East through terrorism and ballistic missiles.

Colucci wrote: “Simply put, Iran is not only a terror state terrorizing its own populace, but also the number one state sponsor of terrorism in the world. Any deal kept or made with such a regime makes those nations complicit in Iranian actions. Any nation placing this deal over the lives of the protesters is worse than the regime itself.”

Latest Round of Nuclear Negotiations With Iran Proving Fruitless Again

US to consult allies before commenting on Iran nuclear response

AFP: The US said Saturday that it would talk...