How the World Should Act on Iran Protests 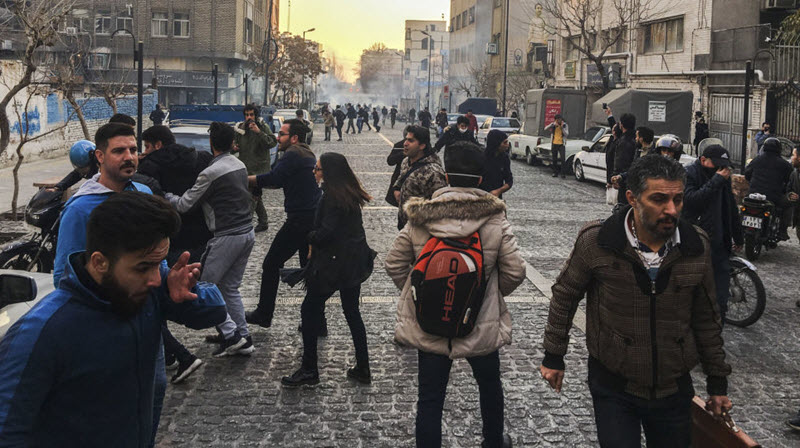 London, 12 Jan – Back in 2009, when the Iranian people protested the rigged election in the streets of Tehran, the US did nothing. As a result, many protesters were imprisoned and killed.

Now, the Iranian people have taken to the streets again- albeit it all across the country this time- and it is time for the US (and the world) to act, but what should they do?

Many American politicians, including Trump, have already tweeted their support for the protesters and this is crucial because when the protesters see this, it boosts their morale against the oppressive Iranian security forces. More people should be offering their support.

It is also important, according to Phares, that Trump present focused content to let US allies and the Iranian opposition know what his administration wants to do.

Ambassador Nikki Haley has already raised the issue at the UN Security Council, but a large coalition of countries- flaked by NGOs- needs to be formed to pressure the Iranian Regime over their handling of the protests in case Iran’s ally, Russia, vetoes the US’s efforts.

3. Working with a united Iranian opposition

The world knows that the Iranian diaspora is largely opposed to the Iranian Regime- many left because they were persecuted by the Regime- and must work with them to achieve democracy.

Phares wrote: “Western-based Iranian groups need to [come together] in solidarity on the international scene. Keeping in mind that the real actors on the ground inside Iran, that is the protesters, are the ones to be supported in their quest for democracy. The diaspora should back them up, and once the change is achieved, let a free competition be the fair game for all to form future governments.”

4. A rational and strategic US policy about Iran’s protests

The US must be united on this issue, so the White House and Congress need to work together. This issue is about human rights and democracy and should be supported on both sides of the aisle.

Phares suggests the appointment of an “Iran coordinator” whilst the crisis is ongoing to coordinate with all US government entities and international partners.

5. Providing strategic non-military support to Iranians
With the Regime controlling so much of the media and the internet- especially during the protests- the US should use its advanced tech to subvert censorship and provide a powerful, open internet with access to international media sources.

Phares wrote: “It is vital to coordinate with partners in the region to broadcast into Iran in Persian and other languages, and work with humanitarian NGOs to assist the victims of violence in Iran.”

6. Addition aid to civil societies in the region

By giving assistance to those targeted by the regime’s militias, it allows them to pressure Iran to stop interfering in the region.

7. Block the shipping of Iranian missiles

Phares wrote: “Now that Iran’s civil society has risen, it is the moral obligation of the international community not only to express solidarity with them, but also to provide support — within the limits of international law — so that Iran’s silent majority can bring modern political change to that ancient country, so cruelly ruled by dictators since 1979.”

EU: Mass executions in Iran are affront to human dignity

Iran to Holyrood: We love your anti-war stance

The Scotsman: Iran sought to ally itself with Scotland...