The MEK and Its Popularity in Iran 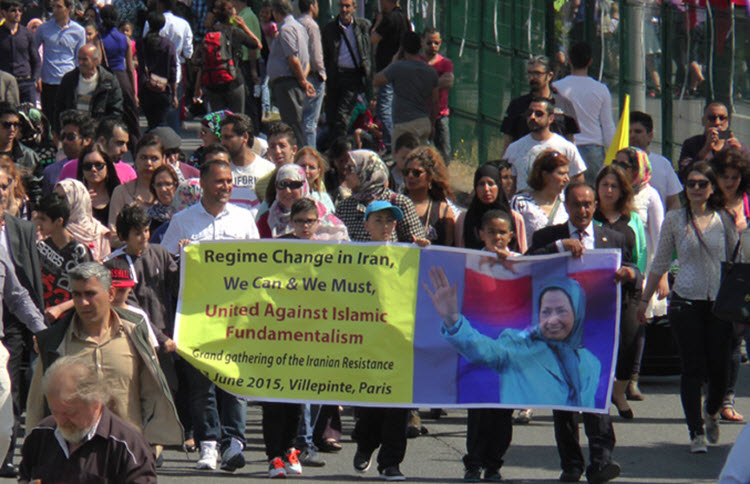 London, 25 Jan – One persistent myth about the People’s Mojahedin of Iran (PMOI/MEK) is that it is unpopular amongst the Iranian people, but nothing could be further from the truth.

The MEK is the oldest, biggest, and most popular resistance movement in Iran, but it should also go without saying that it far outstrips the Regime’s popularity among the Iranian people.

It is impossible to get precise numbers on support for the MEK within Iran, as Supreme Leader Ruhollah Khomeini declared them to be enemies of the Regime in 1980 and criminalised the pro-democracy movement soon after, but their signs can be seen during every election and at every protest.

One of the best ways to measure support for the MEK may actually be through their television channel Face of Freedom (Simaye Azadi in Persian), which bypasses strict Regime censorship to bring unbiased news to Iran as well as programs on Iranian history, literature, culture, art, music, and comedy.

The channel has about 10 million viewers receives tens of thousands of hits to its website every day. In 2017, it held a telethon to keep the channel running and generated $5.5 million.

If the MEK is so unpopular, why does the Regime focus on them so much?

If the MEK were truly an unpopular, fringe group, then why would the Regime spend so much time and effort trying to eliminate the MEK?

This is not a small number. For comparison, the Scottish National party has about 120,000 members and they’re the third biggest party in the UK. Also the executions figure doesn’t take into account the number of people who have been imprisoned, tortured, or otherwise punished for being a member of the MEK or those who have not been found by the Regime.

If a political group is deeply unpopular, the ruling party does not need to demonise them (both at home and abroad), let alone slaughter them. It certainly doesn’t need to fight for them to be designated as a terrorist organisation.

The Regime’s actions undermine their claims with regard to the MEK.

Simply, the Regime knows that the MEK is far more popular than them and poses a serious threat to their rule, which is why they discredit them at every turn.

Why does the MEK enjoy such widespread support in Iran?

There are many reasons why individuals in Iran would support the MEK from its longstanding commitment to democracy to its tolerant interpretation of Islam to its embracement of modern society. The MEK supports a democratic, non-nuclear Iran with a commitment to human rights and gender equality; something that the overwhelming majority of Iranians want.

The Iranian people are much more democratic, tolerant, and loving than the Regime that rules them and want nothing more than to see a Free Iran. Many Iranians support the MEK and despise the Regime.

Iran Nuclear Archives Must Be Examined and Investigated

By Jubin Katiraie As part of the Joint Comprehensive...