In Defense of Iran’s Recent Uprising, Against Corruption and Oppression 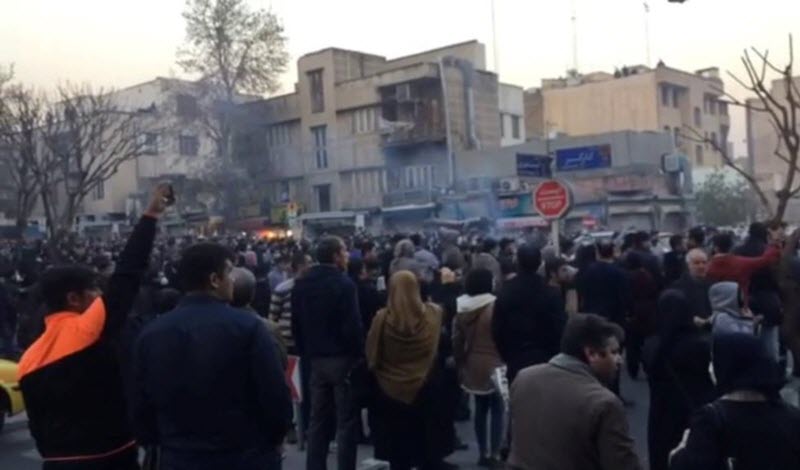 London, 25 Jan – Professor Gawdat Bahgat, of the National Defense University in Washington DC recently cast the Iran protests as dangerous for regional stability and the wrong solution for the conflict between the West and Iran and for what is distressing the Iranian people, in an article for The National Interest.

According to the director of programs at the Acton Institute, Paul Bonicelli, in his article about Bahgat for The Federalist, “He’s wrong on all counts.”

Iran’s recent demonstrations spread across the country and lasted for nearly two weeks. Suppression by the Republican Guards Corps finally ended them. Thousands of people have been arrested and nearly two dozen were killed. Human rights groups are very concerned about those still held in detention.

The protestors not only demanded economic relief and jobs, but risked imprisonment, and even execution by chanting “death to the ayatollah” and calling for an end to the regime’s aggressive and adventurous foreign policy that supports terrorism and Syria’s Bashar al Assad.

Bahgat uses the term for what is happening, “sedition”, and adds, “It will take some time to accurately understand the roots of this violence and how it will impact Tehran’s domestic and foreign policies.”

However, what the people are protesting is corruption and oppression. The Iranian people’s uprising is a demand for freedom and self-rule.

Bonicelli writes, “The people of Iran are perfectly capable of self-government if given a chance. They certainly cannot do worse than this regime. Besides, it is a human right to throw off a dictatorship.”

Much of money that came as a result of the nuclear dead was reportedly spent on controlling Syria and Lebanon and supporting terrorists. The promises of reform and improvement for citizens’ lives were broken. Bonicelli writes, “The fake moderates that so many in the United States and Europe want to believe in are simply pawns in the hands of the Ayatollah Khamenei and the Republican Guards who enforce his rule.”

Bahgat writes, “A close examination of Iranian policy suggests that the government has a long way to go to meet the aspirations of the socioeconomic and political needs of its large and young population. These include unemployment, gender equality, transparency, corruption and pollution, among others. The ‘right’ way to address these challenges is a gradual reform of the system, not regime change.”

Still, Bonicelli believes that if the Iranian people were free to choose their own leaders, solutions for all these problems would be found, because it would be in their interests to solve them.

Bahgat goes on to say that “experiments with regime change in the broad Middle East are not encouraging. Egypt, Iraq, Libya, Syria and Yemen are cases-in-point. The process of regime change by definition is destabilizing. An unstable Iran would threaten key global interests.”

Elliott Abrams says in his most recent book, “Realism and Democracy: American Foreign Policy After the Arab Spring,” that tyranny is what destabilizes a country.

According to Bahgat, the nuclear program is domestically popular, so any change in the regime will not end it. Still, a nuclear program about energy and research is not a threat to anyone, but a nuclear weapons program is designed to protect the dictatorship from its opponents foreign and domestic. A democratic Iran could theoretically have a nuclear program that isn’t weaponized and doesn’t threaten its neighbors or cost a significant portion of its national resources.

“The demonstrations that started in late December have ended and the authorities have been able to restore order. Top Iranian officials, including Ayatollah Khamenei and President Rouhani, have acknowledged the need to address the socioeconomic and political roots of this wave of protests,” writes Bahgat.

But, Bonicelli asserts that the regime has had “plenty of time and money to address the public’s demands but have only done more of what the public is protesting against.
And of course the regime put down the uprising. It is an existential threat to the regime and its project of a Shia-controlled region.”

Bahgat recommends that the United States work with its European and Asian allies “to help the Iranian government to address the major socioeconomic and political aspirations of the Iranian people. Adhering to the nuclear deal, supporting foreign investment, activating cultural engagement, and promoting strategic dialogue are likely to serve the interests of all concerned parties. A stable Islamic Republic is good for the Iranian people, regional powers and the international community.”

Bonicelli writes, “I suspect the only thing Bahgat really intends is to support the Obama nuclear deal with Iran. He does so because he knows, as does the regime, that besides the Trump administration the uprisings are the primary threat to the regime’s agenda.”