Iran Regime May Soon Be Evicted 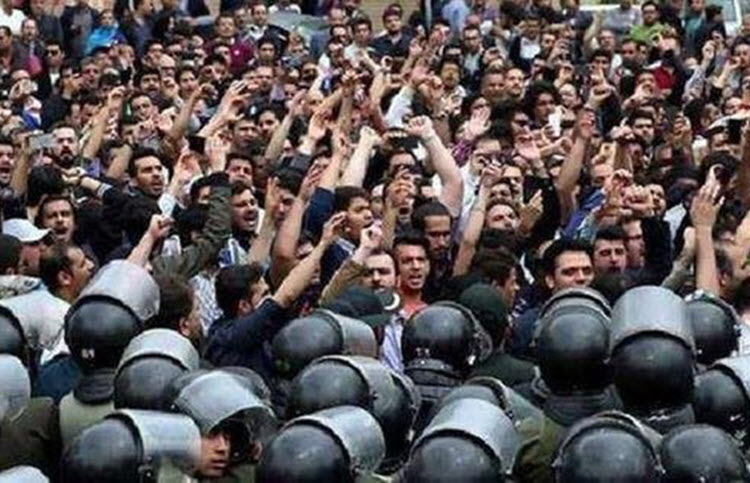 London, 26 Jan – The widespread anti-regime protests in Iran may have significantly decreased since early January, but don’t be fooled into thinking that the mullahs have won or that the protests weren’t significant.

The mullahs are terrified about what these protests represent for their continued rule and know that it represents the beginning of the end for their dictatorship.

These protests, fuelled by deep economic stress that is not going away anytime soon, spread like wildfire throughout Iran, even taking hold in the Regime’s traditional strongholds. They took on a life of their own, incorporating the many, many issues that the ordinary people have with the Regime, including corruption, human rights abuses, rigged elections, support for terrorism, and foreign warfare.

Furthermore, the protesters attacked symbols of the Iranian Regime, like religious institutions and government buildings, which indicate that the people are not scared of the Regime anymore and could foreshadow another grassroots movement.

The Regime is also facing struggles abroad, including:

• the war in Syria potentially coming to a peaceful end, without Iran being able to influence Assad

• the Houthis in Yemen are weakened, especially after they assassinated their own pick for President, and may be forced to enter into peace talks with the Saudi-led military coalition

• Iraqi leaders are openly rejecting Iran’s influence in Iraq, which Iran regards as an Iranian province

• the Lebanese Hezbollah are struggling financially, because sanctions against the terrorist group mean that Iran can’t send as much money as it used to, and domestically, because its Shiite base is angry over the level of death from Hezbollah’s involvement in Syria on behalf of Iran

• a reconciliation between Hamas and the Palestinian Authority, means that Iran will have a harder time getting Hamas to start another war

Avi Melamed, the Salisbury Fellow of Intelligence & Middle East Affairs for the Eisenhower Institute in Washington, DC and Gettysburg College, wrote: “2018 finds the Iranian regime facing a major dilemma: Continue to exhaust its resources cultivating and financing regional agents and proxies to do its bidding in pursuit of regional domination and the creation of a crescent-shaped Shiite Persian Empire — or change course, and allocate those resources to addressing the challenges at home and thus abandon its mission?”

On top of this, there are several major events that will impact developments in Iran, including US policy on Iran and the fate of the nuclear deal, implementation of the Iranian budget that originally sparked the protests, and the ill-health of supreme leader Ali Khamenei and the power struggles between various factions of the Iranian Regime.

Simply, the Regime may soon be removed from Iran.

Reuters: Iran opened a conference on Monday to examine...