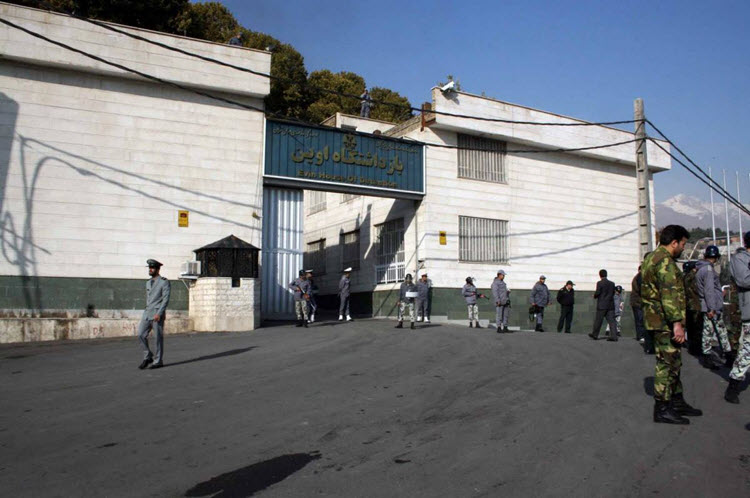 London, 26 Jan – A group of Iranian politicians plan to visit the notorious Evin prison in Tehran, on Sunday, January 28, to inspect the conditions that dozens of political prisoners are living under, but we shouldn’t expect this to be anything more than a PR exercise on behalf of the Regime.

Allahyar Alishahi, the head of the parliamentary judiciary commission, announced the visit in the wake of calls for an investigation into five suspicious deaths in custody in January alone, as well as reports of mistreatment and torture of other political prisoners.

The bodies of the five prisoners, who were accused of being drug addicts that committed suicide, showed signs of torture. They were among 8,000 arrested during the nationwide anti-regime protests and prior to their deaths, at least one prisoner reported being made to swallow pills.

However, Iranian activists doubt that the visit will change anything.

Mahdieh Golrou, who was imprisoned in Evin Prison for over two years because of her activism during the 2009 protests, tweeted: “Anytime anyone wanted to come for a visit [to prison], they would send the vocal people to the yard. After they were gone we would realize that they had visited our ward. What exactly do they want to look into? … ”

The Iranian Regime has a long history of ignoring and covering up the mistreatment of political prisoners, who they charge under some sort of vague national security law, and routinely deny them access to a lawyer and a fair trial.

Even visits by independent investigators have often failed to shed light on abuses because of the Regime’s removal of vocal prisoners and their heavily-restricted tour which skips the worst areas.

Tara Sepehri Far at Human Rights Watch argues that the visiting Parliamentarians should ask for an unrestricted tour, to meet with prisoners away from the security forces, and create a list of at-risk prisoners, but this puts too much faith in the Regime’s politicians.

There are no moderates in the Iranian Regime and ultimately, this visit will do nothing to improve the rights of the political prisoners. The parliamentarians will not go against the security forces. They cannot be trusted to investigate this, any more than you would trust a criminal to investigate their own actions.

If the international community (including human rights groups) truly wants to help the political prisoners in Iran, they need to push for the unconditional release of the protesters and for unrestricted visits from independent international delegations (i.e. the UN, who have been banned from Iran since 2005). They should also push for an independent inquiry into human rights abuses in prisons.