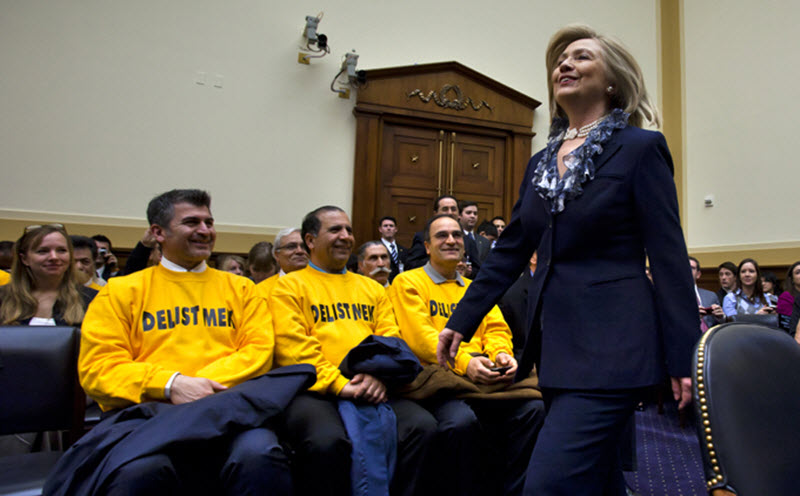 The Iranian Resistance group, the Mujahedin-e Khalq (PMOI/MEK), was wrongfully on the US’s list of Foreign Terrorist Organisations (FTOs) until 2012, but how did it wind up there in the first place?
Let’s take a little look.

The MEK was put on the FTO but evidence suggests it had little to do with the MEK’s actions or beliefs. Instead, the US wanted engagement with the Iranian Regime, which apparently looked to be a permanent fixture in the Middle East by the 1990s, and the simplest way to do that was to label the MEK as a terrorist group. The West didn’t see regime change as an option then.

This was even admitted to by Martin Indyk, Assistant Secretary of State for Near Eastern Affairs in the Clinton Administration, who said: “[There] was White House interest in opening up a dialogue with the Iranian government. Top Administration officials saw cracking down on the [MEK], which the Iranians had made clear they saw as a menace, as one way to do so.”

This is similar to the tactics used in the 1980s during the Iran-Contra scandal. In exchange for the release of American hostages being held in Lebanon by proxies of the Iranian Regime, the US State Department had to issue a statement accusing the MEK of terrorism. The Tower Commission Report cited a letter from Iranian negotiator, Manouchehr Ghorbanifar, to his US counterpart, which listed that as one of nine demands from the Regime.

A decade later, the State Department added the MEK to the FTO to appease Iranian President Mohammad Khatami, wrongly perceived as a moderate by the US.

A senior Clinton administration official even admitted this to the LA Times. They said: “The inclusion of the People’s Mujahedin was intended as a goodwill gesture to Tehran and its newly elected president, Mohammed Khatami.”

The evidence that the West provided to justify the designation was shaky at best. They alleged that:

• the MEK had an Islamic-Marxist ideology

• the MEK supported the 1979 American hostage crisis in Iran

Many subsequent court cases found no evidence to support the MEK as a terrorist organisation and the Coordinator for Counterterrorism even recommended that the MEK be removed in 2009, but this was rejected by then-Secretary of State Condoleezza Rice. The MEK remained on the FTO for 15 years until Secretary of State Hillary Clinton oversaw their removal.

This was not only harmful to the MEK’s political standing on the international stage but also gave the Regime free reign to crack down on their members inside Iran and across the Middle East under the pretext of fighting terrorism. The Regime got the West to do its dirty work for them.

To put it simply, the US felt it was necessary to appease a foreign dictatorship, rather than stand up for the people’s organised and democratic freedom movement.