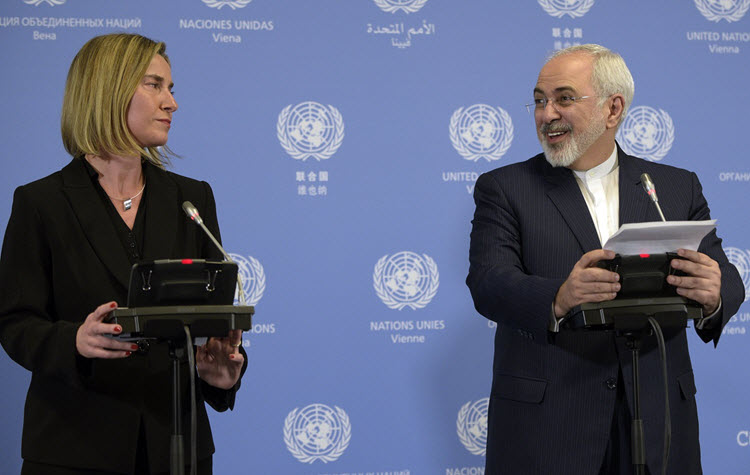 London, 30 Jan – The Iranian Regime often uses a carrot and stick approach to foreign policy, promising minor reforms that mean very little, whilst threatening that major reforms would lead to instability in the Middle East.

This can be seen most recently in the disgusting visit of Alaeddin Boroujerdi, Chairman of the Iranian Committee for Foreign Policy and National Security, to the European Parliament on 23-24 January.

The European Parliament didn’t hold Boroujerdi to account over the Iranian Regime’s policies- most notably their human rights policies in the wake of an ongoing violent crackdown to anti-regime protests- and allowed him instead to spread Iranian propaganda and use the favoured ‘carrot & stick’ policy.

It is despicable that they invited him while people are dying in Iranian prisons, let alone that they failed to properly address human rights with him.

The carrot was trade deals with Iran, hinting that China and Russia may benefit the most from these deals if Europe didn’t save the nuclear pact and placing the European nations in competition with themselves.

The stick was what would happen if Europe pulled out of the nuclear deal.

Boroujerdi warned them over swaying to Donald Trump and retreating from the nuclear deal, calling it a matter of European pride. Odd that this pride didn’t matter so much, when the US was pushing for the deal in the early 2010s.

He also told the politicians that Iran is currently using their security forces to stop drugs from Afghanistan reaching Europe and turning the continent into a “war zone”, indicating that if Europe was to displease Iran, drugs would soon destroy the EU countries.

This sounds scary, but in actual fact the Iranian Revolutionary Guard Corps (IRGC) are highly adept drug smugglers who are already trafficking drugs into Europe. The only reason they would stop other smugglers in Iran is to arrest and execute them, in order to steal their stash.

Boroujerdi also defended executions in Iran be claiming that they are all involved in drug activity of some kind, although if this was true, then the IRGC should be next right?

Boroujerdi waved the refuges card to deflect attention on Iran’s interference in Syria, claiming that refugees and terrorists would head to Europe if not for the Iranian Regime. This is, of course, untrue. The Iranian Regime is heavily involved in terrorism and would not seek to stop terrorists at all.

He also claimed that refugees in Iran are treated nicely, despite many reports that Afghani refugees were sent to fight in Syria in order to earn their right to stay.

Following Boroujerdi’s performance, European politicians fell over themselves to appease him, praise the regime, and encourage the lifting of sanctions. The full story is that the EU should not have invited a Regime official to visit them, especially while many Iranians are being killed and imprisoned for exercising human rights; something the EU claims to care about.

Even Cornelia Ernst MEP who asked about potential investigations by the Iranian Parliament regarding the deaths in detention centres following the protests, missed the point that the Regime cannot be expected to fairly investigate themselves.

AP: A federal judge has scheduled a new plea...

Bush to seek unity on Iran, N.Korea on trip