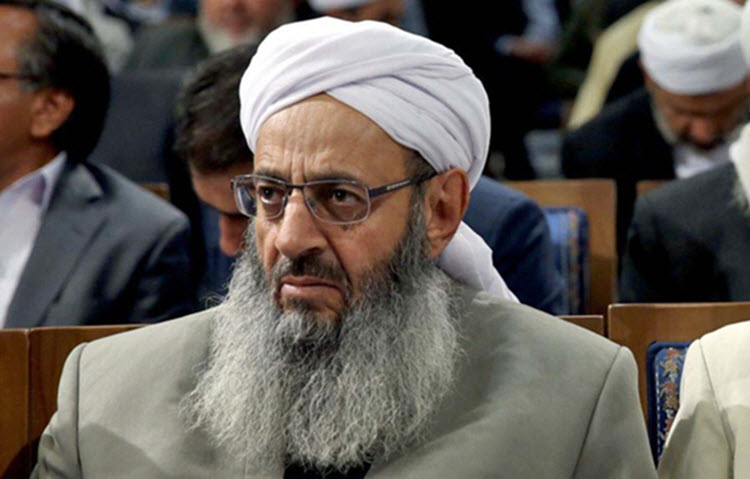 London, 06 Feb – Iran boasts of its respect for religious freedom and tolerance for religious minorities, while President Hassan Rouhani even promises equal rights, but political scientist Dr. Majid Rafizadeh assesses that this is just empty words on the part of a dictatorship that is pretending to be a democracy.

Indeed, there are countless reports from human rights organizations that document systematic violations of religious freedom, as well as persecution and discrimination against religious minorities.

The largest religious minority in Iran in Sunni Muslims (5-10% of the population) but their religious leaders are frequently the targets of Iran’s attacks, according to Dr. Majid Rafizadeh.

Molavi Abdolhamid Ismaeelzahi, Iran’s highest-ranking Muslim Sunni cleric and a spiritual leader for Iran’s Sunni minority, is constantly harassed by the Regime and his attempts to compromise with the Regime have failed. He is now banned from travelling inside Iran, let alone leaving the country, as he disclosed to the Center for Human Rights in Iran.

Dr. Majid Rafizadeh wrote: “Iran targets leaders of religious minorities in a shrewd attempt to impose fear collectively from the top of the group, in order to restrict the activities of its members.”

But why? Because Iran is suspicious of the Sunni minority and considers them to be outsiders in their own country.

Dr. Majid Rafizadeh wrote: “In addition, since one of the major revolutionary and religious principles of Iran’s ruling clerics has been to export Shiite ideology, non-Shiite groups are considered rivals, conspirators or threats to achieving such an ideological goal. No Sunni has been appointed to a high-level government position since the establishment of the Islamic Republic in 1979.”

The Regime uses its Ministry of Intelligence, paramilitary forces (the Basij), and judiciary to intimidate the Sunnis, but when the Sunnis have tried to fight back- citing the Iranian constitution- they have been shot down.

Dr. Majid Rafizadeh wrote: “This failure is due to the lack of fairness and due process in Iran’s judicial system, as well as the regime’s trumped-up and ambiguous charges against many Sunnis. Such articles in Iran’s Constitution that guarantee the rights of Sunnis are only a facade to delude the international community into believing that Iranian leaders respect religious freedoms and the human rights of all groups, irrespective of their ethnic or religious backgrounds.

Iran’s treatment of the country’s largest religious minority, the Sunnis, and their leaders continue to deteriorate under the second term of Hassan Rouhani’s presidency.”

Dr. Majid Rafizadeh implored human rights groups and the international community to call on Iran to end its persecution of the Sunnis and their religious leaders and allow them to exercise their faith.