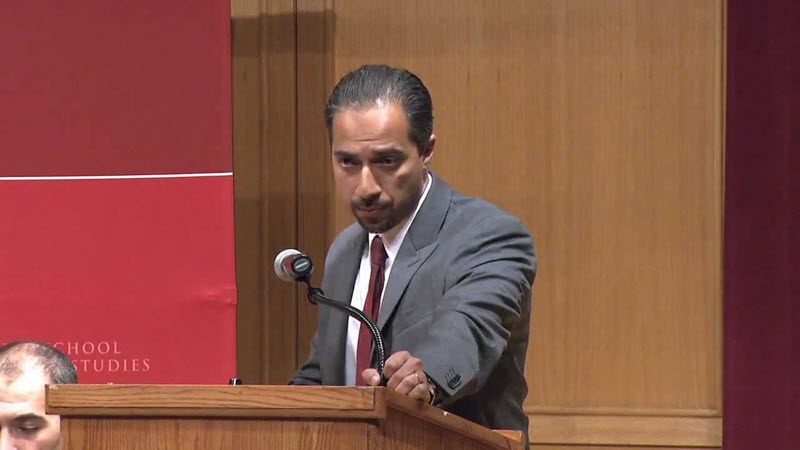 London, 11 Feb – The pro-Iran lobby is becoming increasingly irrelevant in the US and has lost a lot of its ability to drive the media narrative, especially in leading outlets.

Iranian Regime apologist Trita Parsi of the National Iranian American Council (NIAC) was once a common fixture on fixtures on CNN, NPR and the New York Times, but now he is relegated to obscure blogs that get little traffic.

There are several reasons why Parsi and the NIAC are no longer being courted by mainstream media sites but the main two would be a change in policy from the US government (Donald Trump getting tough on Iran) and the NIAC’s well-known ties to Iran (who are currently involved in at least three sectarian conflicts in the Middle East).

Thus, Iran changed their tactics and sent out Iranian president Hassan Rouhani to promote the moderate v hardliner myth and claim that the US should support the so-called moderates in Iran.

Rouhani is often touted as a moderate who can reform the Iranian regime from inside, but that is not true.

Moderates do not exist in Iranian regime- they wouldn’t get past the selection committee. Even if Rouhani was somehow a moderate who had slipped in without Iran noticing- clearly we’re going to ignore the decades that he has dedicated to serving Iran’s malign interests- the President does not hold any real power in Iran because he does not control Iran’s secret police the Revolutionary Guards Corps (IRGC) or the paramilitary forces that abuse the people for ‘religious’ or ‘moral’ crimes.

Parsi and the NIAC promised that Rouhani’s election showed that a change was coming in Iran, but the change hasn’t materialised in the past five years.

There are 8,000 protesters locked up in Iran’s jails, being threatened with the death penalty and facing torture but Rouhani wants to tell the West that he is listening to the protesters?

Iran is still working on its nuclear programme in secret, but Rouhani wants to say that Iran will be faithful to the 2015 nuclear deal even if the US pulls out?

The UN has seen evidence that the ballistic missile fired by the Yemeni Houthis at Saudi Arabia were made by Iran, but Rouhani wants to claim that Iran’s missile programme is defensive?

Rouhani’s defences may seem appealing, but make no mistake. Iran will not compromise on any of these. If anything it will, as it has always done, make public promises and then break them.

The Iranian protest movement, which has taken over the country and shaken Iran, advocates that the only way to change Iran is by evicting it from the Middle East.

The US should stand with the protesters and support regime change in Iran.

Nato may help US airstrikes on Iran

The Sunday Times: When Major-General Axel Tüttelmann, the head...