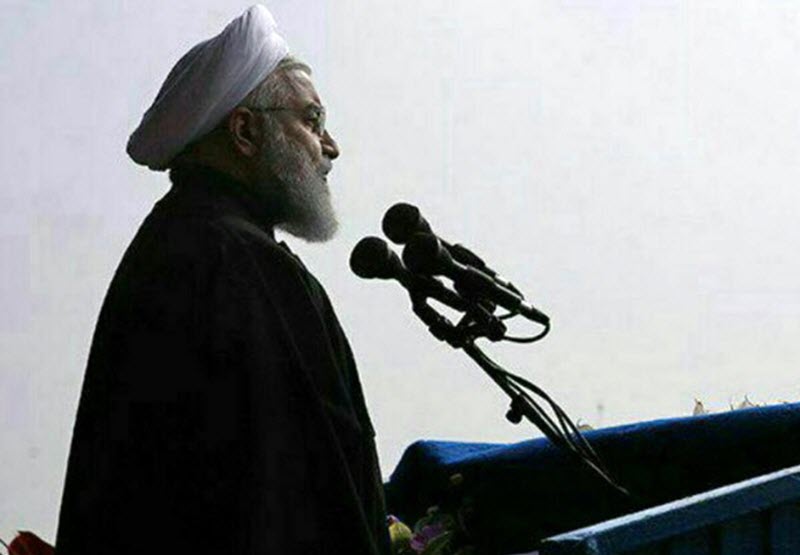 London, 11 Feb – The West is once again trying to use the narrative of moderate versus hardliners in Iran to explain the situation in Iran, this time in regard to the popular people’s protest.

Those following this narrative advise lifting sanctions against Iran, levied against the government for support of terrorism and human rights abuses, in order to help supposed moderate President Hassan Rouhani.

This is a flawed and dangerous analysis of the Iran and how it can be brought back into the international fold, because there are no moderates in Iran. The protesters themselves made that clear, when they chanted slogan against Rouhani as well as Supreme Leader Ali Khamenei.

Iranian moderates living under regime would not be able to hold political power because they would not make it through the selection process; instead they would likely be imprisoned or worse by the regime.

Rouhani is no moderate, he’s been a loyal Iran foot soldier for years and at least 3,500 people have been executed since he took power in 2013. He is on occasion required to portray a moderate in order to gain concessions from the West, like the lifting of sanctions under the 2015 nuclear deal, but make no mistake, this is not the real him.

His campaign platform may have been releasing political prisoners and criticising the Islamic Revolutionary Guards Corps (IRGC), but he went back on that before he was even sworn into office.

He defended the IRGC to the US government in a bid to prevent it from being designated a terrorist organization or being investigated by the Financial Action Task Force (FATF) for money laundering and financing terrorism. He also publically supported the Iran expansionist policy in the Middle East, which is implemented by the IRGC.

Rouhani’s election, as much as it can be called that, was heralded as progressive by the West, but basically, everything that he said as a candidate was completely reversed once he was in power. Rouhani cares not for the people of Iran nor the people of the world; only the leaders of the Iran. He is nothing more than a puppet for Khamenei and we should not pretend that he or anyone else in the Iran is capable of being a moderate.

Not only is Rouhani not a moderate, but he also holds no real power in Iran. His campaign promises stood no chance of succeeding because he does not have control over the prisons or the IRGC or the economy or anything else. All power in Iran lies with Khamenei and he will not implement any progressive changes.

Iran gives Shell, Repsol a week to decide on Pars

Reuters: Iran has given Royal Dutch Shell and Repsol...

IRAN MINISTER SAYS ALL WEB SURFERS TO BE ‘IDENTIFIED’