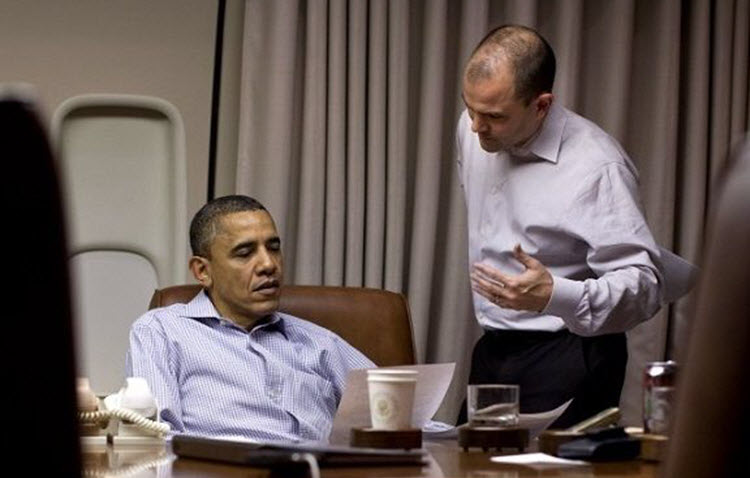 London, 16 Feb – Former White House deputy national security adviser Ben Rhodes, who was instrumental in helping secure media support of the 2015 Iranian Nuclear Deal through manipulation that he admitted, has now joined the board of directors of the Ploughshares Fund, a foundation that also helped to sell the deal by paying for favourable media coverage of it.

Back in 2015, before the Iran Deal was agreed, Joe Cirincione, president of the Ploughshares Fund told NPR’s All Things Considered that he believed the American security establishment was solidly behind the deal and said that opponents to the deal were merely trying to block everything that President Obama wanted to do.

It was discovered, after the deal was finalized, that the Ploughshares Fund actually paid for the favourable NPR coverage, having given them $100,000 in 2016 and $700,000 over the past decade. They also gave money to other left-leaning publications like ProPublica, Mother Jones, and the Nation. They even produced a “Cultural Strategy Report” to track the influence they were buying and paid a Columbia professor to maintain a listserv to promote these “newly minted experts” on the Iran Deal.

The Ploughshares Fund even attacked press outlets that criticised the Iran Deal, like the Associated Press and the New York Times.

In 2016, Rhodes told the New York Times that he had manipulated the media in order to sell the Iran Deal to the public, effectively creating an echo chamber. In itself, that is terrifying. Worse still, is that he outright admitted it and faced no blowback.

It’s easy to see why Rhodes seemed like a good fit, but it presents a worrying picture of a media that does not hold the powerful to account.

Another unsettling revelation from Rhodes recently is that of his comments on Obama’s non-intervention in Syria in the documentary, The Final Year, which follows Obama’s foreign policy team throughout 2016.

Obama has often been criticised for not intervening in Syria when Bashar Assad first used chemical weapons on his own people and many have speculated that Obama didn’t want to risk the Iran nuclear deal, given the close relationship between Assad and the Iranian Regime.

In the documentary Rhodes not only legitimises the claim, but also defends it by saying that intervention in Syria would have dominated Obama’s second term and the Iran deal would never have been passed.

Given that the Iran deal has failed and that over 400,000 have died in the Syrian civil war, this trade-off was not the right one and Rhodes should stop pretending otherwise.

Ahmadinejad: Iran-U.S. dialogue on Iraq will be conditional